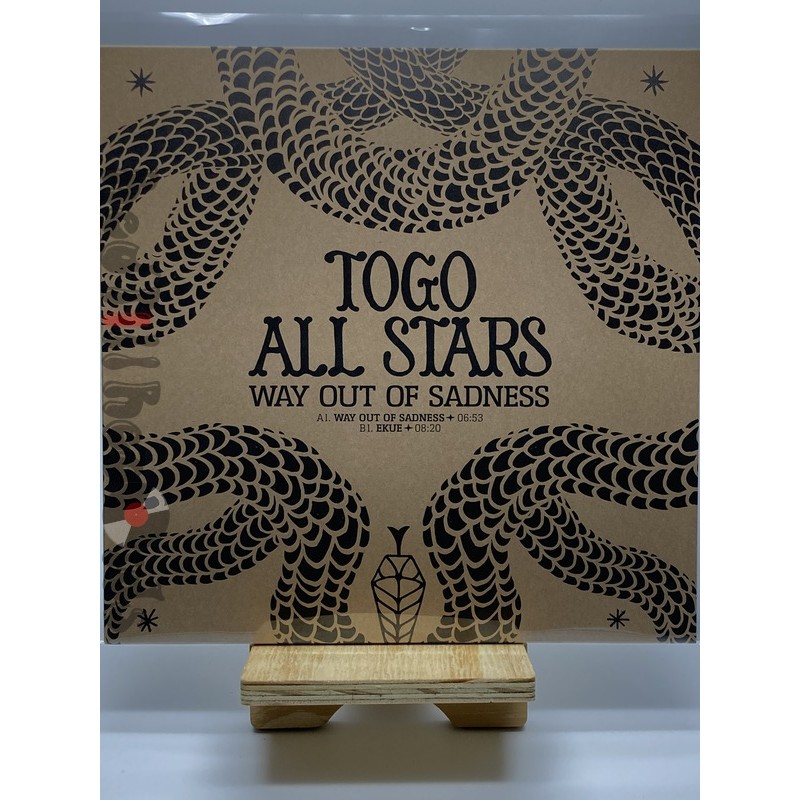 Togo All Stars - Way Out of Sadness

Hailing from the capital city the Togo All Stars display a vigorous rhythm section and three sturdy voices deeply rooted within the afro-pop traditions stemming from the independence era be it high-life afro beat funk reggae or even gospel music.

A passionate man with a cause Serge Amiano has been living in Lom for a few years now. Thanks to his musical vision hes the mastermind behind Togo All Stars meeting of two generations. He confronts younger musicians playing in the shadows with older voices long thought to be tarnished under elusive limelight. Tireless talent scout and energy catalyst Amiano paved the way for the Togo All Stars to happen in the same manner he did it for Fanga, a celebrated French afro-beat collective in the last decade.

Korbo, Fangas singer, is featured on the Togo All Stars first album to be released this spring under Kindred spirits record label. Nested behind its sea front lined with tentative palm trees Lom is an unsung Atlantic Africa city. The city mixes the energy of a restless youth with displays of genuine emotions that were once the soundtrack of the country’s independence from April 27th 1960 to this day.

Set in a country where cultural preservation is almost pointless Serge Amiano had the idea to bring together rough voices from the past with the supreme rhythms of young lions dedicated to any kind of repertoire they lay their hands on. A true electric shock between generations the Togo All Stars combine dignified and vintage singers with youthful musicians, an exuberant rhythm section, liquid guitars and devastating horns. Genuine Togolese afro funk pioneer charming Napo de mi Amor brings his solid vocal experience to the front of the orchestra.

Aguey Cudjoe is Amianos true discovery. He stumbled upon this veteran singer doing high-life numbers in one of Loms rare clubs. He became effortlessly one of the All Stars main voices also adding sweet percussive touches in the distance.

Experienced and mature, Dama Damawuzan learnt his trade within As du Bnin the great and main Togolese orchestra from the 1970s. He confronts his vocal prowess to his own percussions but also to young drummer Gbetoglo Efoevis fierce groove.

On this album each of the All Stars eight musicians joins in for vocal harmonies. Legendary Otodi Studio was reopened for the sole recording of this first Togo All Stars album giving exquisite analogue warmth to the songs. Unappreciated for the time being these gathered stars from Togo set bridges between the past the present and the future of an always moving afro music. Fresh and raw energy combined with vintage singers the Togo All Stars music embodies a true international musical elegance looming large over the Atlantic and giving Togo its first big band since the 1970s.