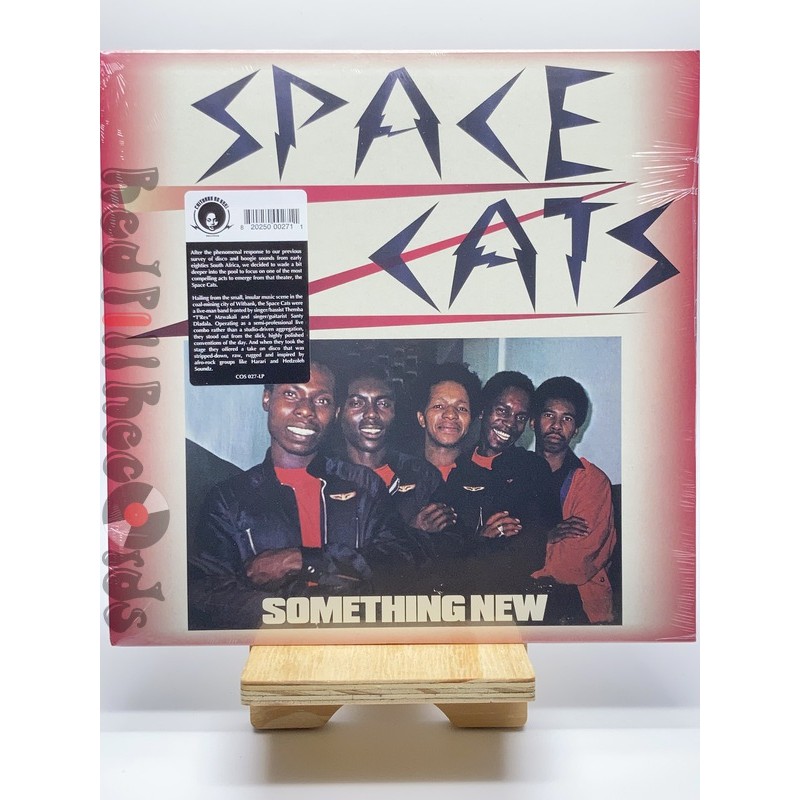 After the phenomenal response to our previous survey of disco and boogie sounds from early eighties South Africa, we [Cultures of Soul Records] decided to wade a bit deeper into the pond to focus on one of the most compelling acts to emerge from that theatre, the Space Cats.

Hailing from the small, insular music scene in the coal-mining town of Witbank, the Space Cats were a five-man band fronted by singer/bassist Themba "T-Rex" Mzwakali and singer/guitarist Santy Dladala.

Operating as a semi-professional live combo, rather than a studio-driven aggregation, they stood out from the slick, highly polished conventions of the day. And when they took the stage they offered a take on disco that was stripped-down, raw, rugged and inspired by afro-rock groups like Harari and Hezdoleh Soundz.