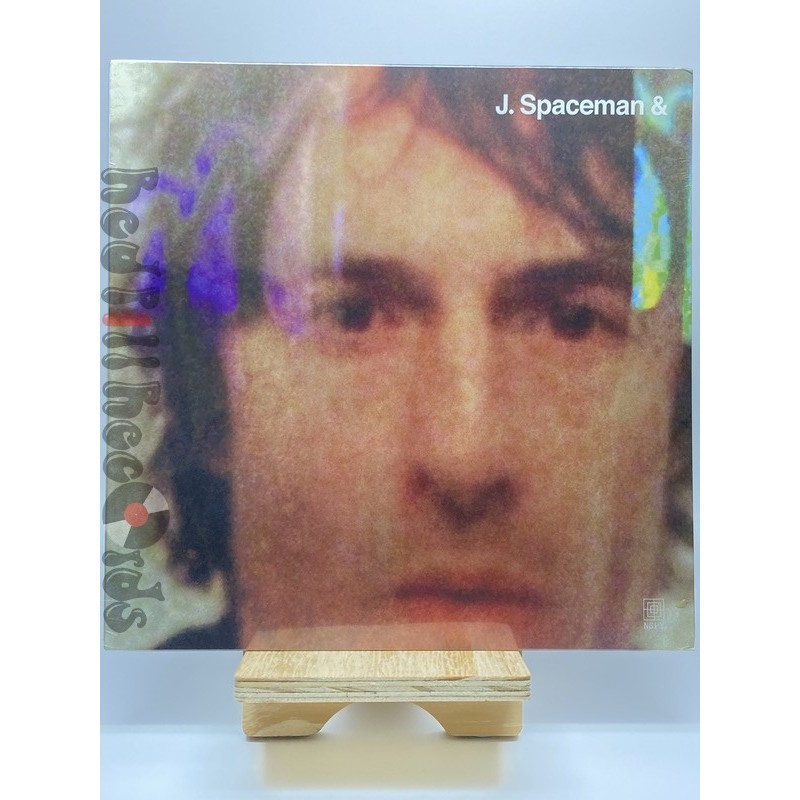 On 11th September, 2013, J. Spaceman (Jason Pierce of Spiritualized and Spacemen 3) and Kid Millions (Oneida, Man Forever, People of the North) took a night off of their US tour with Spiritualized to perform an improvised set at (Le) Poisson Rouge, in Greenwich Village. Northern Spy was there to document the show. The resulting 12″ LP with an accompanying 7″ will be limited to 3000 copies.

Throughout their respective careers, both Spaceman and Millions have navigated the various sub-genres that fall within the rock and experimental labels, and, on this album, we find the two artists exploring elements of their counterparts’ prior work in a fresh and unique way. Spaceman uses Millions’ free style of drumming as a cue to eschew the pop melodies and structures he worked with on 2012′s, ‘Sweet Heart, Sweet Light’.

The record’s first side (titled ‘Misha’) features 24-minutes of Spaceman’s minimal guitar and piano parts along with Millions’ eclectic, yet subtle drumming. The pairing of these elements yields a dreamy and celestial atmosphere that could compare with anything from Spaceman’s famously mind-altering catalogue.

Side two of the 12″ (titled ‘Han’) focuses more on the chaotic nature of the two musicians’ past. Spaceman makes use of his distortion, tremolo and wah-wah pedals, while Millions goes into full freak-out mode on the drums, never allowing the audience to fully lock into a groove. The duo steadily builds and eases tension, keeping the listener fully engaged over the track’s 21-and-a-half-minute runtime.

As mentioned before, accompanying the LP will be a 7″ featuring two cuts (‘New York’ and ‘London’) that showcase Spaceman’s more rock inspired noise stylings and Millions’ absolute disregard for consistency and predictability.

With this record, it is clear just how complementary this pairing is. In just under an hour, Spaceman and Millions explore the ethereal and tumultuous sides of music, showing the transfixing nature that both stylings possess. This is Spaceman’s first performance alone with Millions, and his first improvised duo release with a drummer.