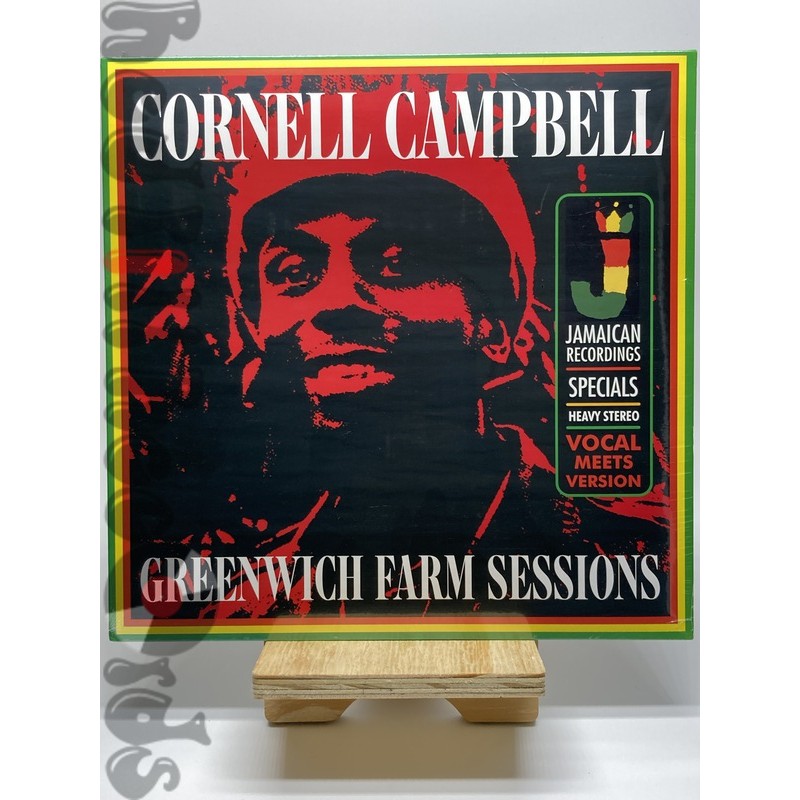 Cornell Campbell' s distinct falsetto voice, alongside his Rastafarian beliefs in the mid-‘70s gave him a musical style that added an urgency and righteousness to songs few could match. Whatever the subject matter, Cornell could put across the meaning of the song in what, as with all great singers, seemed effortless, heartfelt, manner. Cornell Campbell (born 1948, Jamaica) had his first musical outings in the early 1960' s for Coxsone Dodd' s studio 1. Such tracks as ‘Under the Old Oak Tree’, ‘My Treasure’ and as a duo alongside Ray Patton, ‘Slavation’ and ‘Sweetest Girl’. These were local hits and led to Cornell joining vocal group the Uniques, which led the way to forming his own group, based on that ‘Uniques’ style; a style that suited his voice so well, they would be called the Eternals. A highlight of which would be the timeless songs ‘Stars’ and ‘Queen of the Minstrels’. The 1970' s saw Cornell move on to work with producer Bunny ‘Striker’ Lee. A very successful partnership that produced a stream of hits. A theme of the ‘Gorgon’, featured in many of the songs, the mighty figure unbeatable at the Jamaican Sound Systems. Such hits as ‘The Gorgon’, ‘The Conquering Gorgon’, ‘Natty Dread in a Greenwich Farm’ all become Jamaican favourites. Who the Gorgon was? Bunny Lee or Campbell himself, was of no concern, it was a style that conquered all. Campbell's Rastafarian beliefs also added a depth to the songs he sang and made a convincing musical statement, whatever the subject matter be Injustice; corruption or heartfelt love songs. We have compiled some of Cornell Campbell' s finest tracks cut with the great producer Bunny Lee put them alongside their dub cuts that were worked over at King Tubby' s studio. The aforementioned ‘Dance In A Greenwich Town’, ‘Gorgon’, the timeless ‘Stars’ and ‘Natty Dread In a Greenwich Farm’ all cuts that ruled the sound systems when they first appeared in the 1970' s. So sit back and enjoy the Greenwich Farm Sessions where vocal meets version Respect.