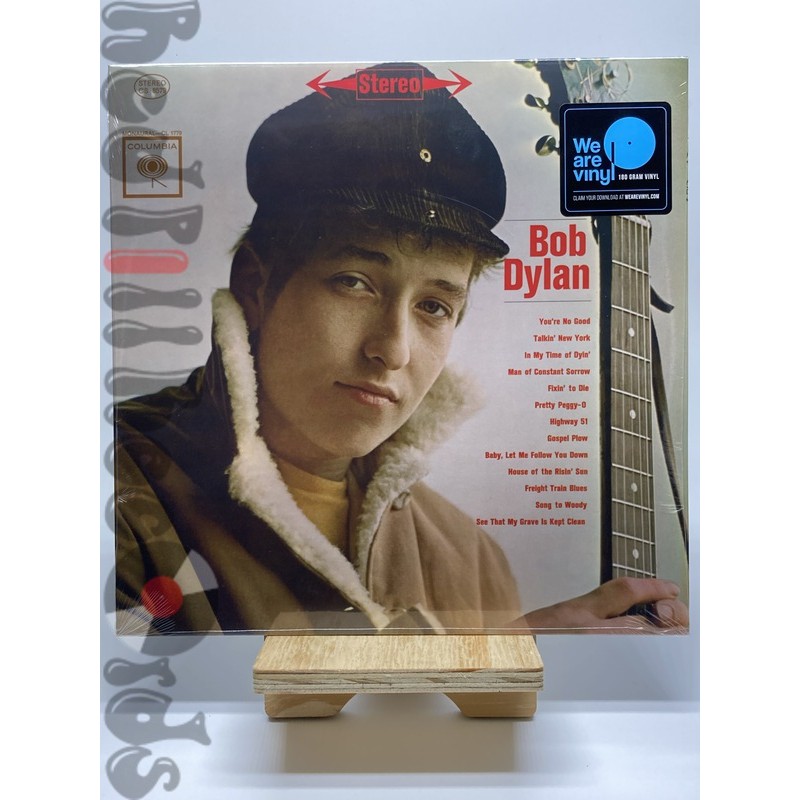 ‘Bob Dylan’ is an astonishing debut album, recorded at Columbia Recording Studios in 1961.

This is a 20-year-old Dylan, newly arrived in New York to be the next Woody Guthrie, singing traditional songs and original compositions with an aggressiveness and emotion that belie his young age. Guthrie's influence looms large over classic renditions of traditional songs, such as Man of Constant Sorrow and Pretty Peggy-O, as well as the poignant Song to Woody, one of two original compositions on the album.

Even more powerful is the influence of Blind Willie Johnson, Blind Lemon Jefferson and the other great blues men, whose death-haunted emotions are carried through songs like See That My Grave Is Kept Clean, Fixin' to Die and In My Time of Dyin. Talkin' New York, the second original composition, is a first glimpse of the savage wit that would come to mark his work.