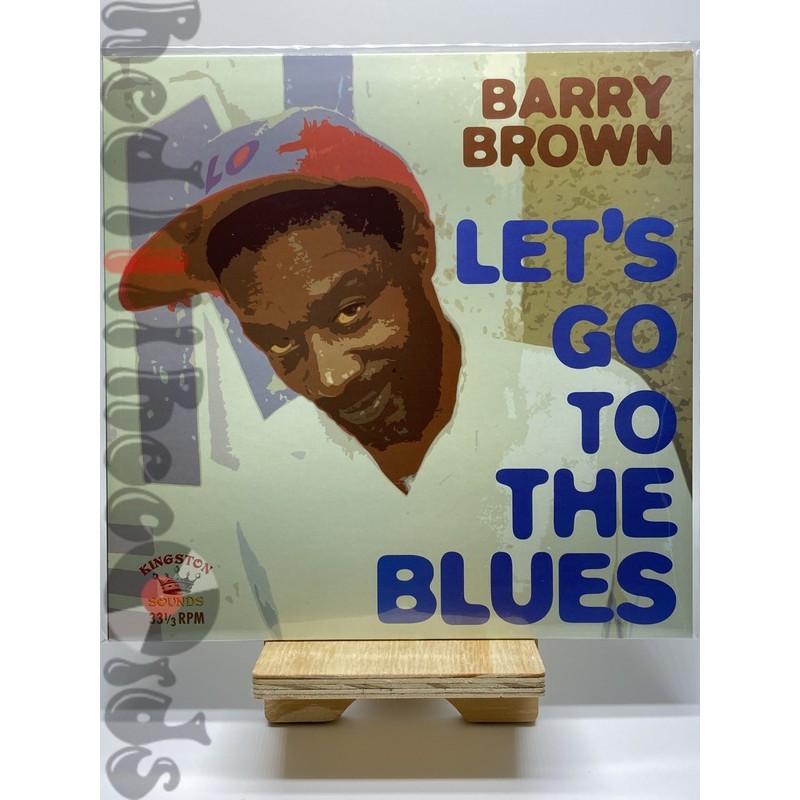 Barry Brown is one of reggaes’ vastly overlooked talents. His militant conscious style has, over time, lost none of its appeal. Truly one of the sweetest roots vocalists to come out of Jamaica.
Born in 1962, Kingston, Jamaica, he cut his musical teeth working under producer Bunny Lee. Their first release was a track called ‘Girl you’re Always on my Mind. Although a minor hit, Bunny Lee saw his potential and was rewarded with his 1979 cut ‘Step it up Youthman’, which became a hit and has become a roots classic, leading to an album of the same name. The late 70s was a great period for Barry Brown’s career and it’s from this period that we have culled this set of tracks. Straight from the master tapes, some of his finest moments and some unreleased gems that we believe should be heard. A great set from his timeless ‘Trying Youthman’, a tale of struggling times in the heart of Kingston, Jamaica. His Rastafarian inspired chants ‘Stop Them Jah Jah’, ‘Give Thanx and Praise’, ‘Natty Rootsman’, ‘Big Big Pollution’ and ‘Mr Money Man’. As with all his tales and inspired lyrics, they are put across in such a tuneful way that, like all the best songs that carry a message, can be remembered alsthrough the strength of the song.
As with many of his artists, Bunny Lee encouraged him to go into self-production, and after a time spent with producer Linval Thompson ‘Separation’, and Sugar Minott ‘Things & Time’, he did just that and produced his first release ‘Cool Pon Your Corner’ in 1980, followed in 1981 by ‘Problems get You Down’.
We hope this release will find a place in your collection and remind us of the talent of Mr Barry Brown. Somewhat overlooked, but certainly not forgotten. Let’s celebrate with the man and go the blues one more time…