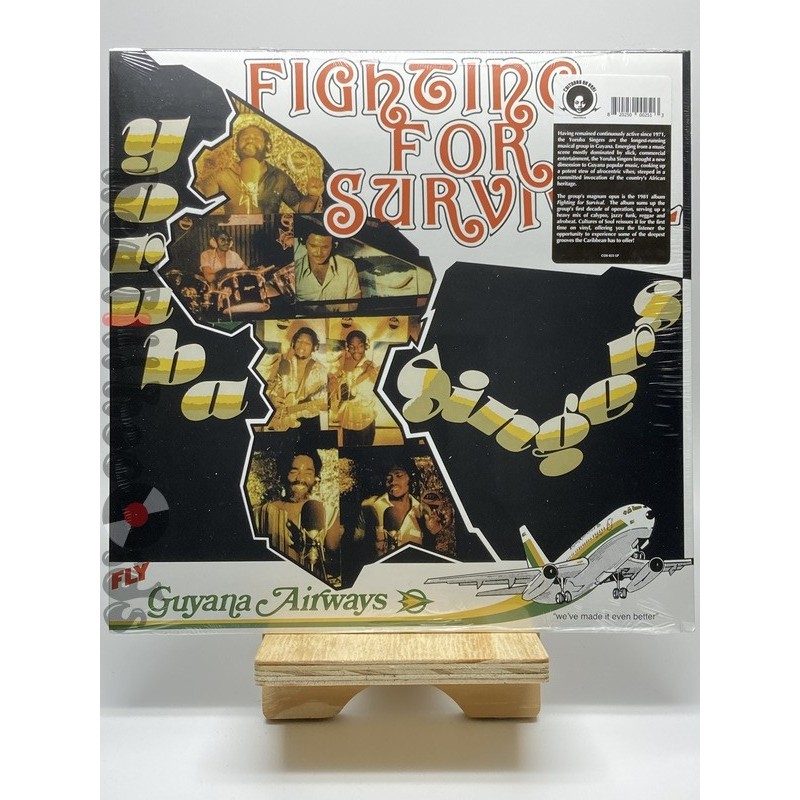 Having remained continuously active since 1971, the Yoruba Singers are the longest-running musical group from Guyana. Emerging from a music scene mostly dominated by slick, commercial entertainment, the Yoruba Singers brought a new dimension to Guyana popular music, cooking up a potent stew of afrocentric vibes, steeped in a committed invocation of the country's African heritage.

The group's magnum opus is the 1981 album 'Fighting For Survival'. The album sums up the group's first decade of operation, serving up a heavy mix of calypso, jazzy funk, reggae and afrobeat. Cultures of Soul reissues it for the first time on vinyl, offering you the listener the opportunity to experience some of the deepest grooves the Caribbean has to offer.