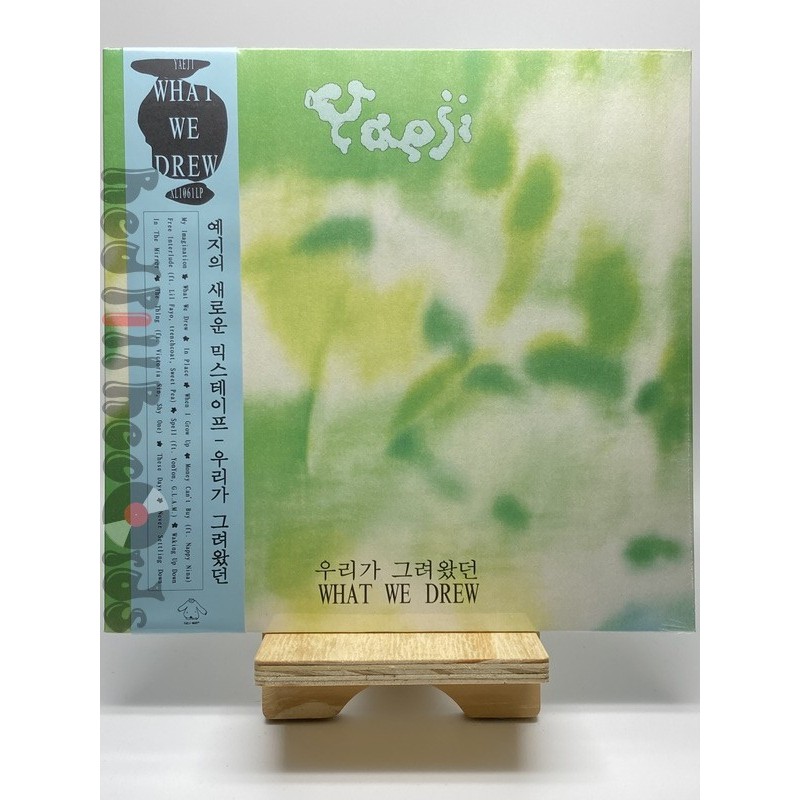 Yaeji - What We Drew

What We Drew 우리가 그려왔던 is titled intentionally; for Yaeji, the title captures the spirit of the project as a whole which she explains, "is so much about friendship, family, gratitude and support - support that I've felt, that I've given, and that we all share."

Produced entirely by Yaeji over the course of two years, she started writing the music for WHAT WE DREW with no specific narrative in mind, each track becoming a snippet of her life, a look into her diary. This total sense of freedom in her newly built design and recording studio in Brooklyn allowed her to draw on a wide range of sounds, including the Korean indie rock and electronica that she listened to as a teenager in Seoul, and late ’90s and early 2000s hip hop and R&B she grew up listening to.

The guests featured on the project represent her community in New York City and beyond, including Brooklyn-via-Oakland rapper Nappy Nina, London performance artist Victoria Sin, London producer Shy One, and Tokyo DJ and producer YonYon; tracks like 'FREE INTERLUDE', featuring Lil Fayo, trenchcoat, and Sweet Pea, capture the open and collaborative spirit of afternoons at Yaeji headquarters. Although the mixtape is much indebted to Yaeji’s newfound laser focused creative vision and self-taught production work, it’s largely informed by her network of close-knit collaborators and friends.

Since the release of Yaeji’s 2017 EP’s ('Yaeji' and 'EP2'), which broke her out as one of the most exciting new voices in dance music, she’s produced remixes for Charlie XCX and Robyn, sold out two headlining worldwide tours, and was included on the BBC’s Sound of 2018 list.

In the midst of her swift rise, she has remained devoted to New York’s underground dance music scene; in 2019, Yaeji curated and organized Elancia, a massive Brooklyn warehouse rave where she gave her favourite local parties headlining slots. An artist who many pegged as the one to watch, Yaeji now aims beyond expectations, with an eye toward the worlds of music production, visual art, game design and more.