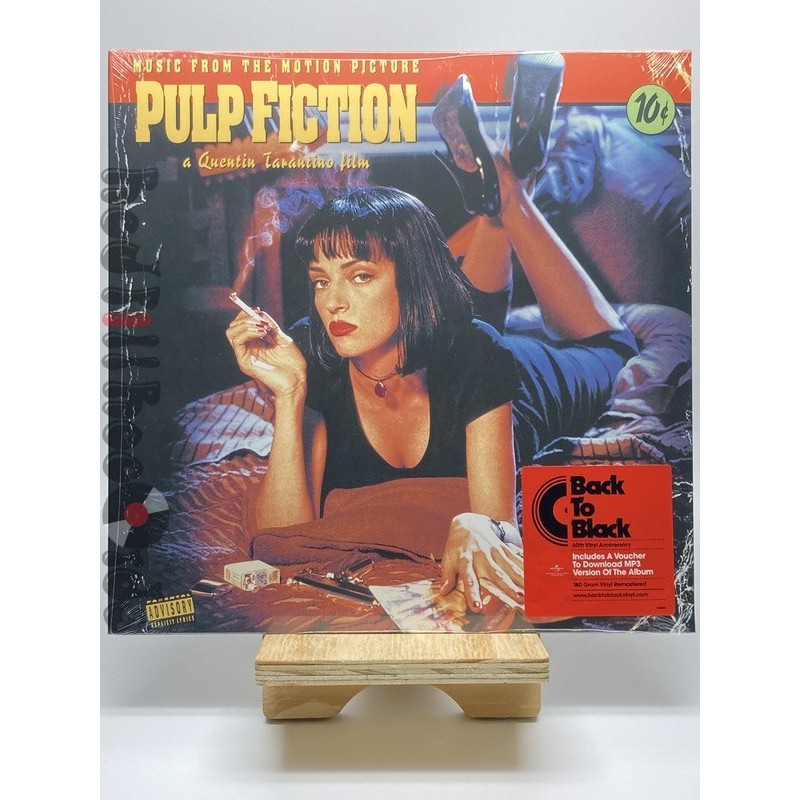 Featuring a truly eclectic mixture of music, the Pulp Fiction soundtrack album eschews a more conventional score for rock 'n' roll, bubble-gum pop, surf sounds and soul, all interspersed with snippets of dialogue from the movie, an approach Tarantino had utilised on his previous movie OST, Reservoir Dogs.

The choice of material goes some way to reveal Quentin Tarantino's obsession with pop culture, and according Rolling Stone. 'it's fitting that his films deploy pop music expertly', Reaching 21 on the US chart, the soundtrack managed to resurrect many long forgotten gems, from Dick Dale's opening salvo of 'Misirlou' through to 'Surf Rider' by The Lively Ones, It also launched Urge Overkill into the mainstream with their faithful cover of Neil Diamond's 'Girl, You'll Be A Woman Soon', which peaked at No.59 in the pop chart.