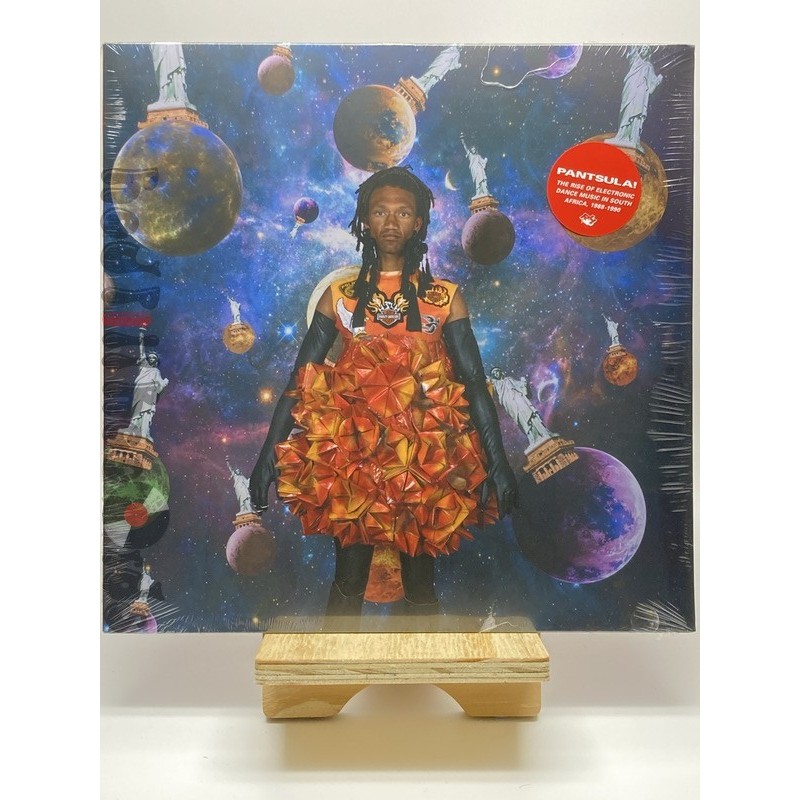 Late '80s South African dancefloor winners only! Selected by DJ Okapi and Antal, the compilation holds tracks by Jivaro, The Hard Workers, Ayobayo Band, S.Y.B. & many more. This is the sharp electronic music that fuelled the local Pantsula dances during the 80s and 90s . A must have for fans of Bubble-gum and Kwaito music.

TOP TIP! The 12 tracks selected for Pantsula! come from a very unique, very different time and place. They represent the birth of electronic dance music in South Africa, through the songs of one particular independent label from the time: Music Team. The sound represents the culmination of the bubble-gum era, when South Africa’s disco artists outgrew their American influences and forged an increasingly electronic and ‘local’ pop sound.

Evolving over time since long before the 80s, the distinctly South African subculture of Pantsula is more closely associated with an attitude, a style and a signature dance, rather than any specific sound. In the late 1980s and early 90s, Pantsula was also the name given to a new type of dance music taking over the streets of South Africa, influenced by earlier bubble-gum and the rise of Shangaan Disco, but with a far broader appeal and a harder, purely electronic sound.