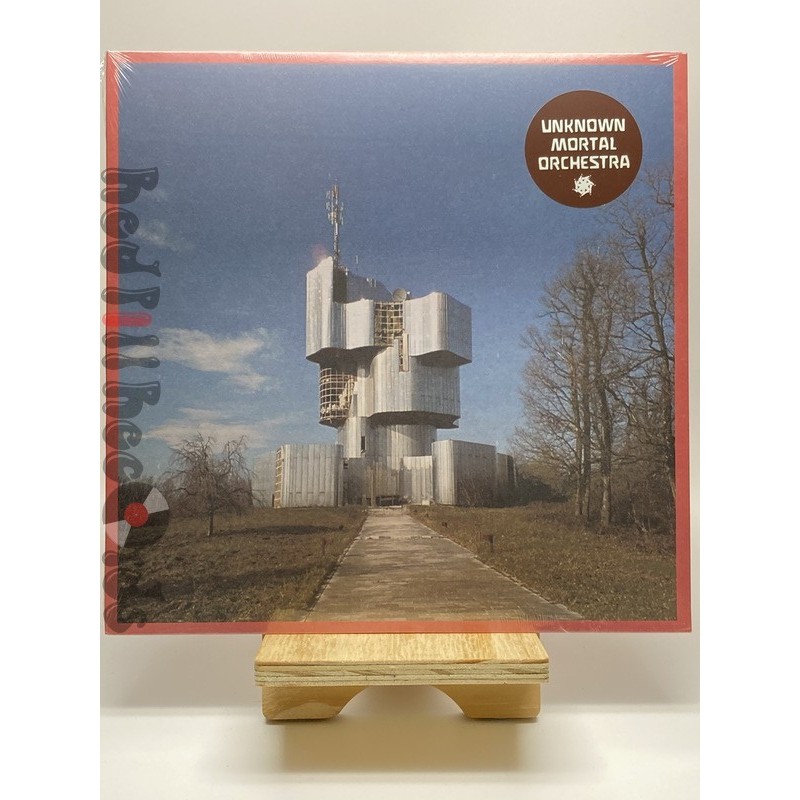 The Unknown Mortal Orchestra was formed by Ruban Nielson after the breakup of his band the Mint Chicks, and on their self-titled debut album, he’s more or less cast aside the noisy and aggressive sound for something much more fun. Basing the songs on funky, strutting beats is a good start. Throwing fuzzy guitars, chunky basslines, and bubbling keyboards on top is a nice second step. Finishing it off with Nielson’s playful and child-like lyrics sung with an innocently open voice (which is usually distorted just enough to make it sound pleasingly weird) is the perfect finish. The result is a record that fits right into the creepy candy, anything-goes musical style that stretches back to early Pink Floyd through the Flaming Lips to the Bees and Black Moth Super Rainbow. It’s not ground-breaking in any way, but it is a lot of fun in a cheesily psychedelic and oddly danceable way. It’s just as plausible for a track like 'Thought Ballune', with its jaunty backbeat and silly lyrics about smiling alligators, to make teenage stoners giggle as it is to get a club full of indie kids to hit the dancefloor. The entire album plays out this way, blending funky breaks with changeling guitars, and dubby atmospheres with big pop hooks, into a swirling mess of sound that never fails to make you smile. It could have turned into a self-indulgent mess at some point, but Nielson never forgets that while it’s cool to make cool sounds, it’s better to write cool songs. And every song on the record is quite cool, some are even really great. The opening 'FFunny FFriends', with its summer day, hazy sound and naggingly catchy vocal line, is one. So is the punchy 'How Can You Luv Me', which comes off like a Beck jam only without the meta-cutesy vibe. Really, you could single out any song on the album for praise or inclusion on a killer summer mixtape and you wouldn’t go wrong. The Mint Chicks were a decent band, but with Unknown Mortal Orchestra, Ruban Nielson is onto something a lot more interesting and fun. - Tim Sendra