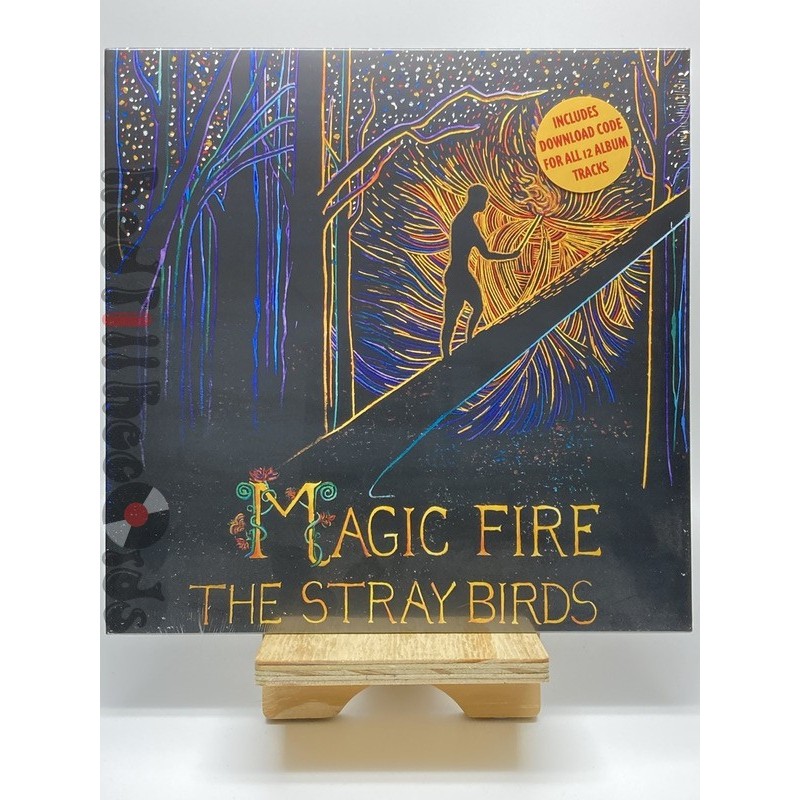 'Magic Fire' builds on the success of The Stray Birds' 2014 Yep Roc debut, 'Best Medicine', which was hailed by NPR's World Café for its "strong harmonies and sharp song writing" and debuted at No.2 on the US Billboard Bluegrass chart. Guitar World praised their "heartfelt creativity", while the Philadelphia City Paper called the band "stunning", and Mountain Stage applauded their singular ability to "successfully draw on the rich traditions of American folk music while still sounding modern." It was that unique formula that first brought them national attention and fuelled their breakout in 2012, when their self-titled/self-released debut landed amongst NPR's Top-Ten Folk/Americana Albums of the Year and earned them major festival performances everywhere from MerleFest to Scotland's Celtic Connections.

When it came time to record 'Magic Fire', The Stray Birds knew they were ready to take an ambitious step. They retreated to Milan Hill, New York, a small town outside of Woodstock in the Hudson River Valley, and teamed up with Larry Campbell. The three-time GRAMMY Award-winning producer (best known for his work with luminaries like Bob Dylan, Levon Helm, Paul Simon, and Willie Nelson) enlisted his preferred engineer, Justin Guip (another three-time GRAMMY Award-winner who worked closely with the late Helm), and the group spent ten days together joyously exploring and creating the music that would become 'Magic Fire'.