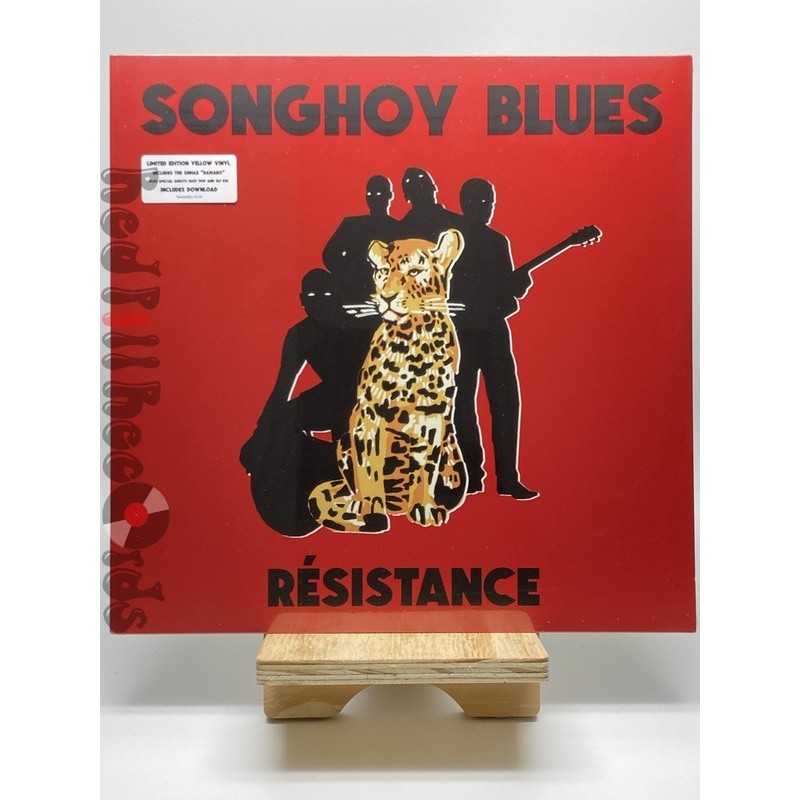 Songhoy Blues second album, ‘Resistance’, from 2017, released on Transgressive Records. It’s a bold, inspiring, outward-looking record that perfectly reflects the position the band have found themselves in following the massive success of their breakthrough debut, ‘Music In Exile’, released in 2015. The album was recorded in the autumn of 2016 at The Pool studio in London with producer Neil Comber (MIA, Django Django, Crystal Fighters, Declan McKenna) and in keeping with their spirit of collaboration which saw them previously work with Nick Zinner, Julian Casablancas and Damon Albarn, ‘Resistance’ features additional synths by Lxury and vocal contributions from the likes of Iggy Pop, Elf Kid and Stealing Sheep. Beyond this, the album features beautiful string parts (Hometown) and in one particularly surprising, moving instance (One Colour), a children’s choir.