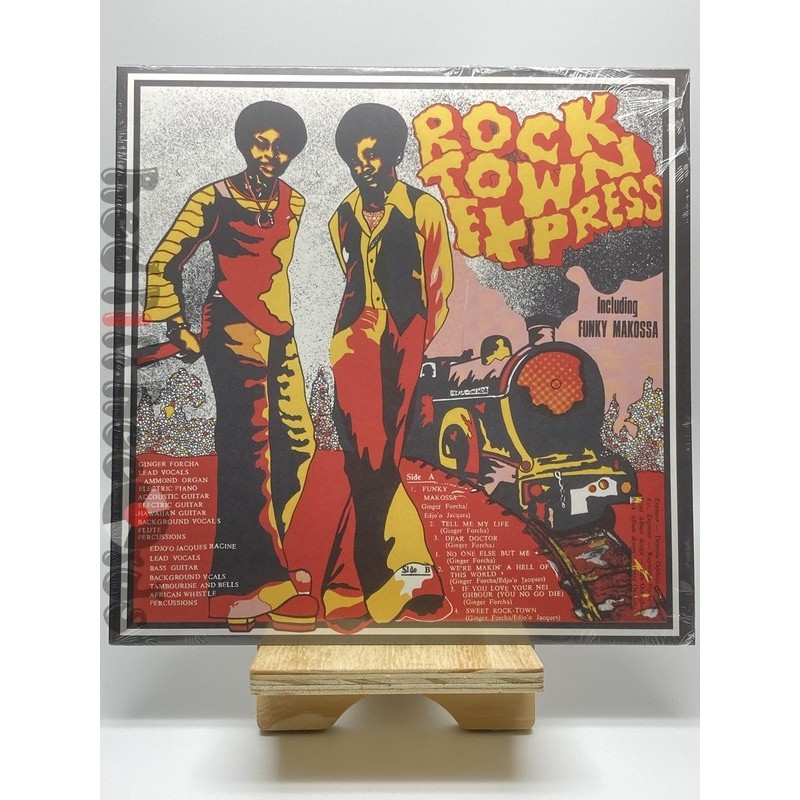 In 1973, EMI Records Nigeria released the 45-rpm disc ‘Fuel for Love’ b/w Soundway, credited to a mysterious band called Wrinkar Experience. The record was a finely-crafted gem of pop-rock and funky soul as had never before been heard coming out of the country's nascent rock scene, and it ended up being the biggest selling Nigerian single up until that point. The success of Wrinkar Experience effectively demonstrated that was a market for homegrown pop and rock, and sent record labels scrambling to sign similar bands, kicking off the Nigerian rock revolution that is still being celebrated and discovered by new generations today.

But while Wrinkar Experience launched the movement, the group itself would be short-lived: after another hit single in 1973, the band's frontman Danie Ian split for a solo career. The remaining principal players in the group Cameroonian musicians Ginger Forcha and Edjo'o Jacques Racine tried to keep the Wrinkar name going before giving it up and rebranding themselves as Rock Town Express.

Rock Town Express's debut LP ‘Funky Makossa’ was recorded in 1974 for ARC Records, the cutting-edge studio and label established in Lagos by English drum legend Ginger Baker. The album showcased in long format the qualities that had only been hinted at on the Wrinkar Experience singles: bright, confident pop melodies, articulate lyrics, and darkly potent funk-rock.

Comb & Razor Sound is proud to present a new, fully-authorized reissue of ‘Funky Makossa’, featuring the 7 tracks from the original release, plus 'I Am A Natural Man' and 'I Don't Want To Know,' from Wrinkar Experience's seldom-heard third and final single.