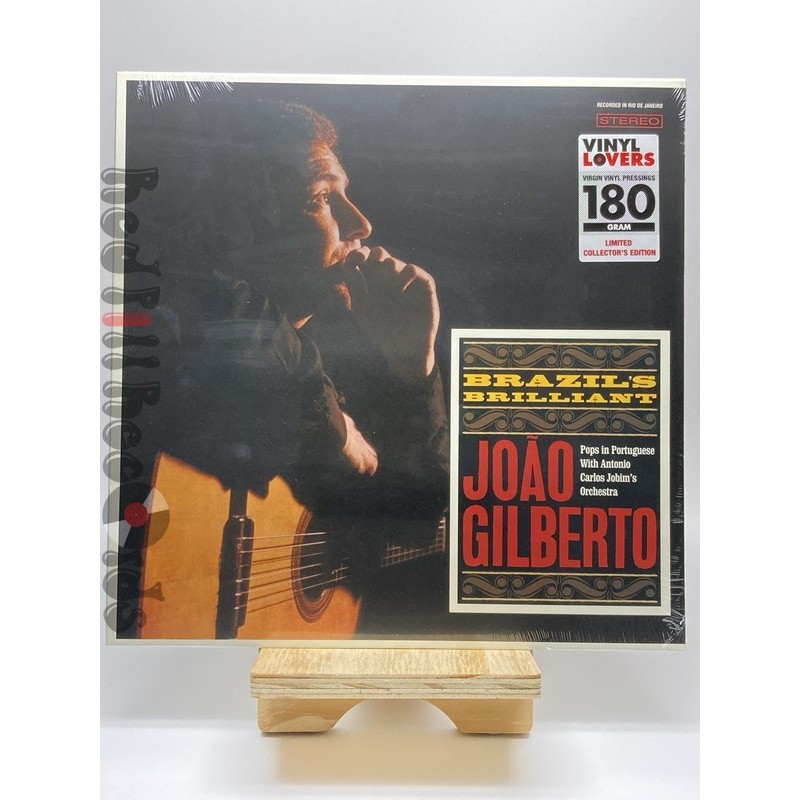 It was January - the dead of summer. Christmas had been sweltering, but now the heat of the first month was driving people out of Rio to the cooler hills (and rains) of the Brazilian countryside.

At his country place in the mountains, top Brazilian arranger and band-leader Antonio Carlos Jobim was host to his friend, the phenomenal young guitarist, João Gilberto. For about ten days, they worked on arrangements, played with the children, poked around in the garden, watched the rain, drank coffee with their wives and polished the arrangements. Six of the tunes were by Jobim - and one (the only instrumental on this album) was by Gilberto.

Gilberto (born in the state of Bahia in 1931) is probably the finest Latin Jazz guitarist in Brazil today and one of the country's best singers. in his individually cool, subtly rhythmic style he conveys a mood of masculine intimacy, a dance-inspiring vitality, for which brazil, land of the samba and coco, can smile with pride.

The result of those days in the mountains is this friendly collaboration, recorded soon after, when the weather cooled off just enough for everyone to go back to the city. But most of the work was done, as jobim says, "in an atmosphere of peace and birds".