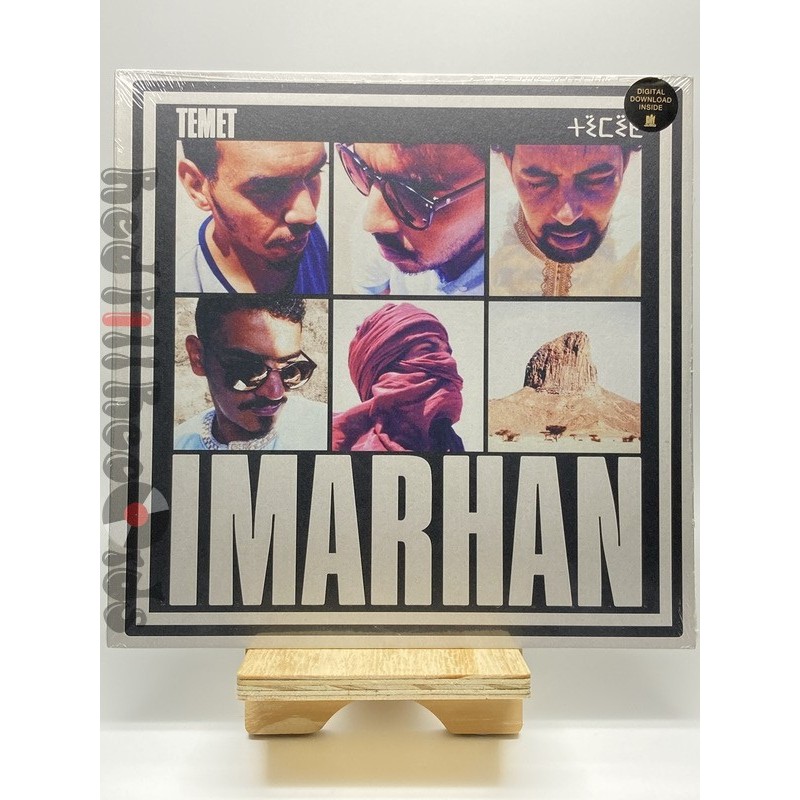 When Imarhan released their self-titled debut album in 2016, they stepped into a genre already flooded with talent and exposure, but still managed to rise to the top and be heralded as the new wave Of Tuareg music . It is with much anticipation that the band from Tamanrasset, Algeria have announced the details of their second album 'Temet', on City Slang.

'Temet' is a huge leap forward in production, as well as creatively for Imarhan. Whereas their debut was anchored in the meditative Desert Blues tradition, 'Temet' eclipses such notions, finding bounce and drive by stirring their sound with funk, fuzz, disco and rock. This is not a novel concept to the band, as anyone who has seen them play will attest. Imarhan's experience as a touring band has reinforced the focus and meaning behind their music.

With 'Temet', Imarhan have firmly established themselves as a band to reckon with. Rather than being distracted by meddling around with big producers or famous guests, they've focused this release on their inherent strength of song writing, using the eternal bonds in their community, families and friendships as a blueprint not only for an amazing standalone album, but as a reference for generations to come. We hope that Imarhan will allow the younger generation to become aware of the fundamental importance of friendship. As long as someone is by your side supporting you, asking for your friendship, what more could you want out of life You will want for nothing.'