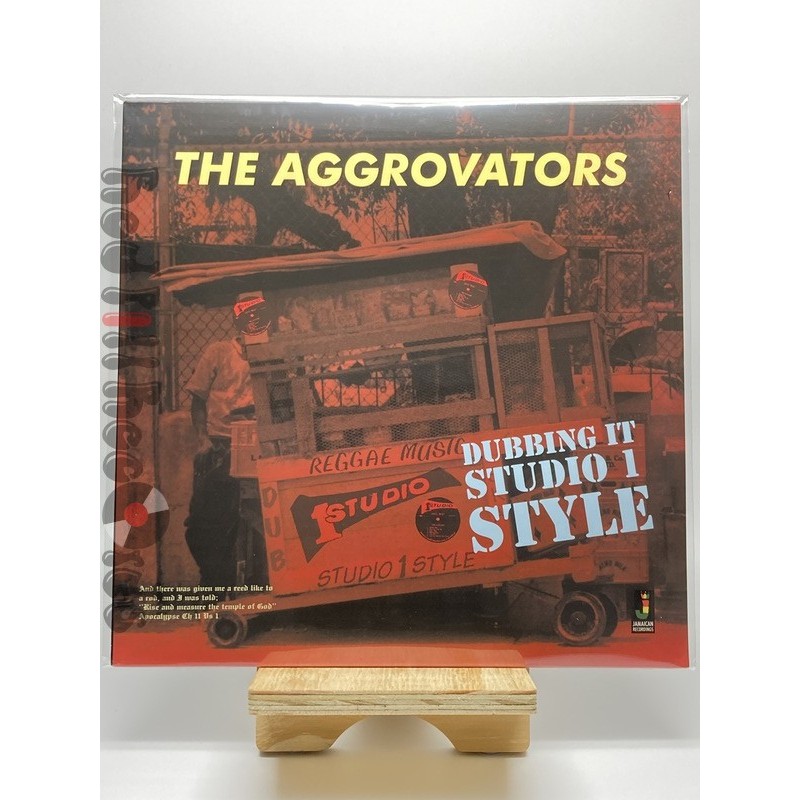 Aggrovators - Dubbing in Studio One Style

The Aggrovators were one of Jamaica’s finest session bands. Many of the tracks you know and love from the 1970s Reggae scene probably featured this group of musicians in some shape or form.
The band were put together by Bunny ‘Striker’ Lee, one of Jamaica’s formidable producers, who, with no studio of his own, had to rely on buying studio time from existing establishments, such as Randy’s Studio 17 and the Hookim brothers Channel 1.
This was an expensive task and needed a pool of top musicians who could cut tracks quickly and efficiently. Built around the cream of Jamaica’s musicians namely; Carlton ‘Santa’ Davis, Carlton barrett [drums], Robbie Shakespeare, Aston ‘Family Man’ Barrett, Lloyd Parks [Bass], Earl ‘Chinna’ Smith [Lead-guitar], Tony chin, Winston ‘Bo Peep’ Bowen [Rhythm-guitar], Ansel Collins [Piano], Bernard ‘Touter’ Harvey, Winston Wright [Organ], Bobby Ellis [Trumpet], Vin Gordon [Trombone], Tommy McCook [Tenor Sax] and Lennox Brown [Alto Sax]. Vocal duties would usually feature two of Bunny Lee’s favourite singers, Johnny Clarke and Cornell Campbell, who would also fill in on Piano and Rhythm-Guitar, respectively, when the need arose.
The forward-looking Mr Lee was inspired by the English music scenes’ interest in reggae, especially the Skinhead cultures’ adoption of all things Ska-ish. So much so that he called his reggae shop/label ‘Agro Sounds’, after the skinhead term for fighting/trouble… ‘Agro’.
Later, when looking for a suitable name for his group, what else could it be… The Aggrovators were born.