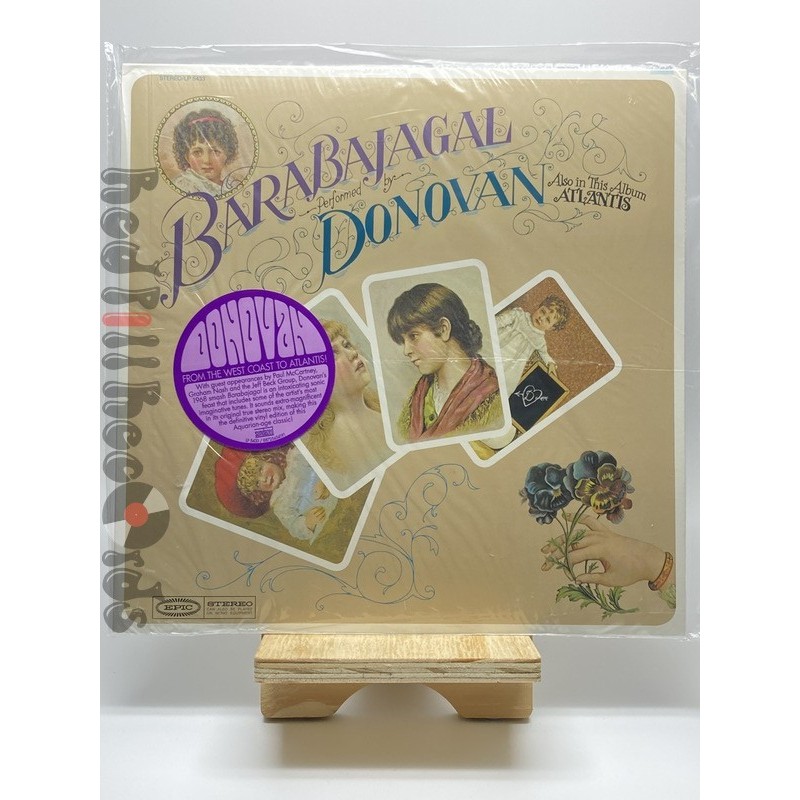 In addition to being one of Donovan's edgiest and most ambitious releases, 1968's Barabajagal was the most commercially successful album of his career, reaching No.4 in the U.S. and remaining on the Billboard album chart for more than a year. With instrumental backup by the Jeff Beck Group (including Rod Stewart and Ron Wood) on several tracks, as well as an all-star cast that includes Madeline Bell, Aynsley Dunbar, Lesley Duncan, Nicky Hopkins, John Paul Jones, Graham Nash and legendary British session guitarist Big Jim Sullivan, Barabajagal features an imaginative array of sounds that showcase some of Donovan's most adventurous compositions. Also on board is Paul McCartney, who contributes vocals and percussion on the album's biggest hit, the epic ‘Atlantis’, which appears here alongside such Donovan favorites as ‘Barabajagal (Love Is Hot)’, ‘Superlungs (My Supergirl)’, ‘To Susan On the West Coast Waiting’, ‘Trudi’ and the effervescent ‘Happiness Runs’. They all sound magnificent in Barabajagal's original true stereo mix, and this Aquarian age classic has never sounded better than in this definitive LP edition.