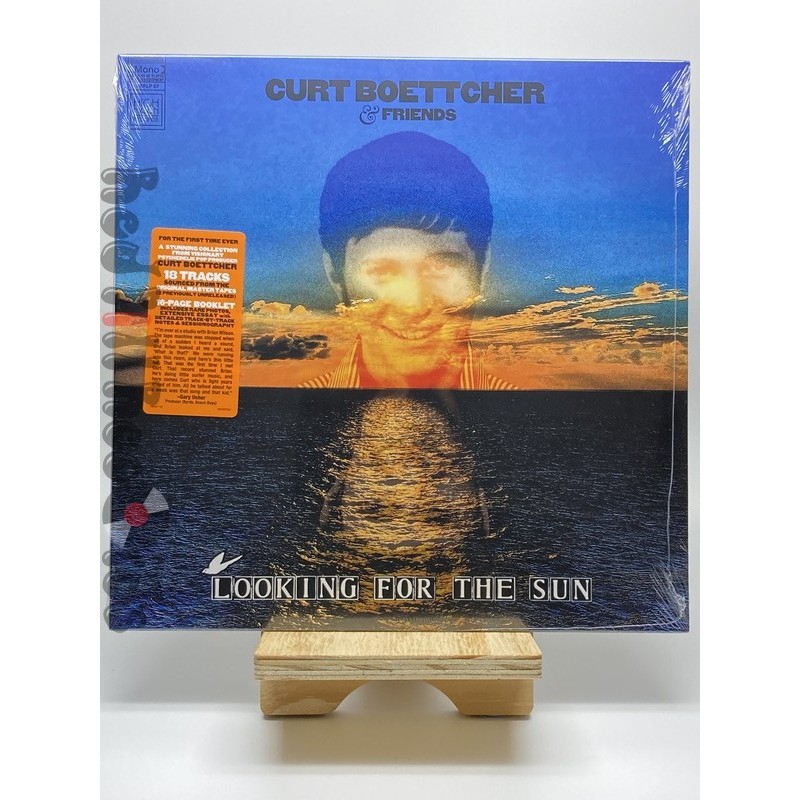 Best known for his hit productions for The Association (‘Cherish’ and ‘Along Comes Mary’) and for being one of the chief architects of 'sunshine pop,' Curt Boettcher was a founder of the visionary rock bands The Millennium, The Ballroom and Sagittarius. A Hollywood-based producer and arranger in the Phil Spector mould, some of whose sessions he actually participated in, Boettcher was innovative in utilizing the studio as an instrument itself, impressing no less than Beach Boy, Brian Wilson. In 1966 and '67, he spent so much time at Columbia Studios in Hollywood that some began to call CBS 'Curt Boettcher Studios.' He worked with Tommy Roe, Gene Clark, Paul Revere & The Raiders, Elton John, Emitt Rhodes, and The Beach Boys, among many others. Looking for The Sun is the first release to focus on Boettcher as a producer and arranger rather than a performer, highlighting cuts that were released as singles, most of which have remained out of print since their initial release. Collected here are 18 tracks, all sourced from the original master tapes, which Boettcher either wrote, produced, arranged, or sang on. Artists include: Cindy Malone, Sandy Salisbury, Gordon Alexander, Keith Colley, Summer's Children, Jonathan Moore, Ray Whitley, Eddie Hodges, The Bootiques, Action Unlimited, and Sagittarius featuring contributions by Glen Campbell, David Gates, and Gary Usher. LP on 140g vinyl, comes with a 16-page booklet with extensive notes and photos.