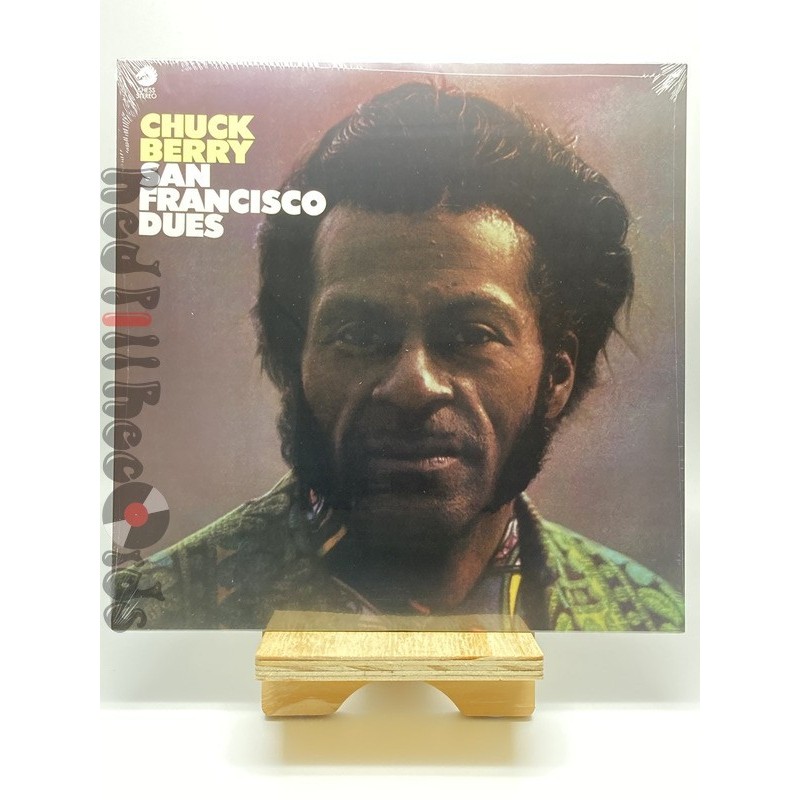 Not much is talked about of Rock N Roll legend Chuck Berrys work during the 1970s. (Unless you count his novelty hit My Ding-A-Ling.) Though he would remain a prevalent live fixture for much of the decade, his studio work slowed to a crawl. It was during this time that Berry returned to Chess Records from his previous association with Mercury, to release the overlooked San Francisco Dues in 1971. The album remained obscure and largely unnoticed, but remains a fascinating glimpse into Berrys musical mind, and is now looked upon by critics as a forgotten great.

San Francisco dues showcases a different side of Chuck Berry. His signature blend of pioneering rock ‘n’ roll music would give way to a more sombre and contemporary (For the 1970s) sound. Berry’s more serious side is on display on yearning tracks like ‘Oh Louisiana’, and fragile numbers like ‘My Dream (Poem)’ which features Berry on piano. The album paints a solemn, never-before-seen portrait of Berry, and still finds room for traditionally rocking tracks like Viva Rock & Roll and the title track San Francisco Dues.

Though San Francisco Dues has received newfound retrospective acclaim from critics, it has never been reissued on compact disc. Now [2013], Get On Down is glad to change that, reissuing the oft-forgotten Chuck Berry gem, painstakingly re-mastered and re-created with the same level of care and detail that have come to define the Boston labels reissues. A bygone classic from one of rock ‘n’ rolls great trailblazers.