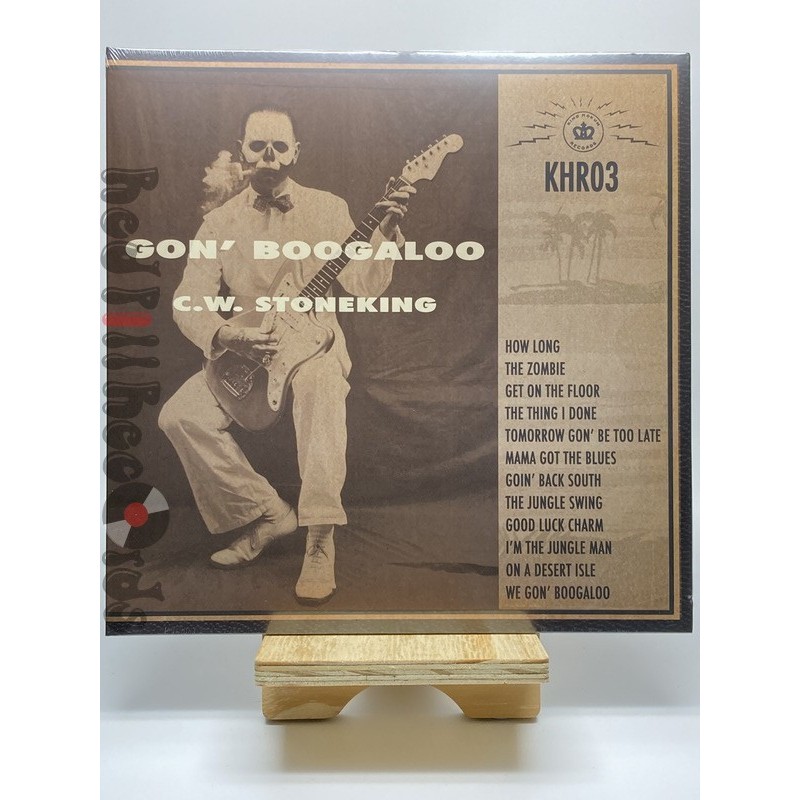 “This record, which took me 6 long years to come by, was finally recorded live in 2 days, without any overdubs or edits, using only 2 microphones into a 2 track Ampex 351 tape machine out of capitol Records. Each song was ‘mixed’ live in the room by way of positioning the band (drums, electric & double bass, 4 backing singers and my guitar amp), at varying distances/degrees around an old RCA 77DX ribbon microphone to achieve the best mix for each tune as it hit the tape, how it arrived at the tape is how it stayed. If more ‘bass’ was needed from the double bass, the instrument had to change position so the belly aimed at the mic, for more ‘slap’, the top of the body or neck aimed at the mic. I sang into a no-name Soviet made radio announcer’s valve condenser microphone, sitting off axis to the RCA band mic. The drums received no overheads or close mics etc, just the RCA out front of the whole band. The backing singers had to ‘lean in, lean out’ to keep volumes correct for different parts of the songs, hand clapping was done very quietly so as not to overtake the rest of the band, solutions were improvised as we went along in the recording process. Due to a tight schedule (2 days0, there weren’t a lot of takes done for each song and in some instances the take selected for inclusion on this record were recorded before the ‘mix’ had been perfected for that particular number, in these cases the choice has been made for the best rendering of the story vs optimum mix of instrument/vocal levels.
For this record I laid aside my old National duolian and tenor banjo in favour of a Fender Jazzmaster guitar. 2 songs, ‘On A Desert Isle’ and ‘Goin back South’ were recorded using my harmony 306A amplifier, unfortunately, after that my amp began to behave like the $40. West virginian junk store find it was, and so the remainder of the songs here are recorded with my guitar running through an old New Zealand made 16mm film projector amplifier (named Kelvin). Enjoy…”
C.W. Stoneking 2014