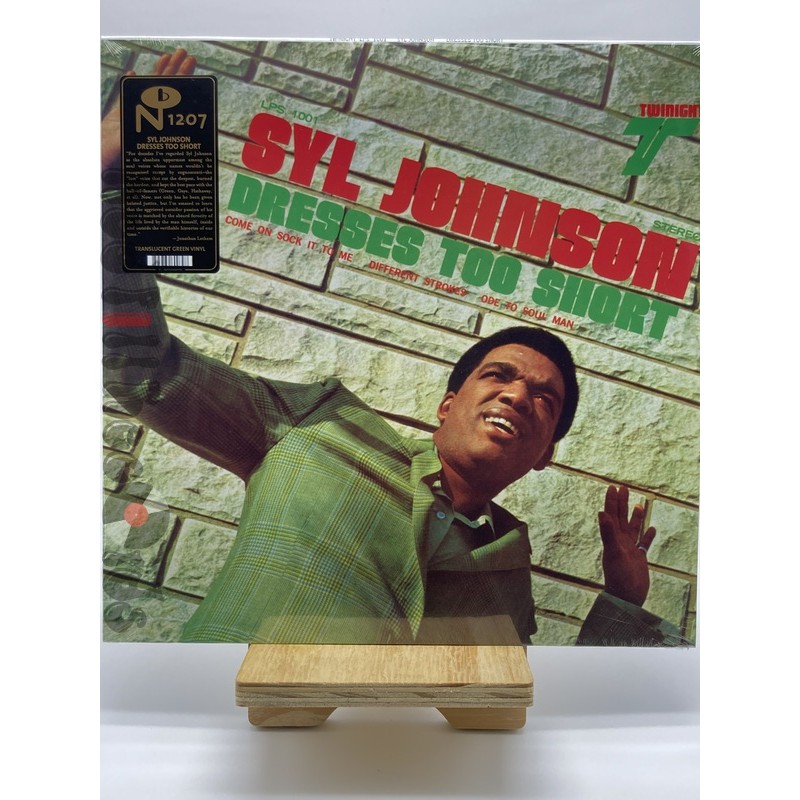 Syl Johnson’s first LP hit stores in the summer of 1969. True to its era, it wasn’t so much an album as a collection of singles. The four non-single tracks (“Soul Drippin’,” “Fox Hunting On The Weekend,” “Same Kind Of Thing,” and “I’ve Got The Real Thing”—none of them a throwaway) were outtakes tacked on to capitalize on the expanding long-player market. Prolific designer and photographer Jerry Griffith shot the cover on a South Michigan Avenue building’s balcony. Despite blaring its title in Christmas-y, green-and-red cover lettering, Dresses Too Short never found its season creatively or commercially, selling just a few thousand copies before being discontinued in the mid ’70s.
Syl Johnson
NUMLPC12071
0825764600798
2 Items