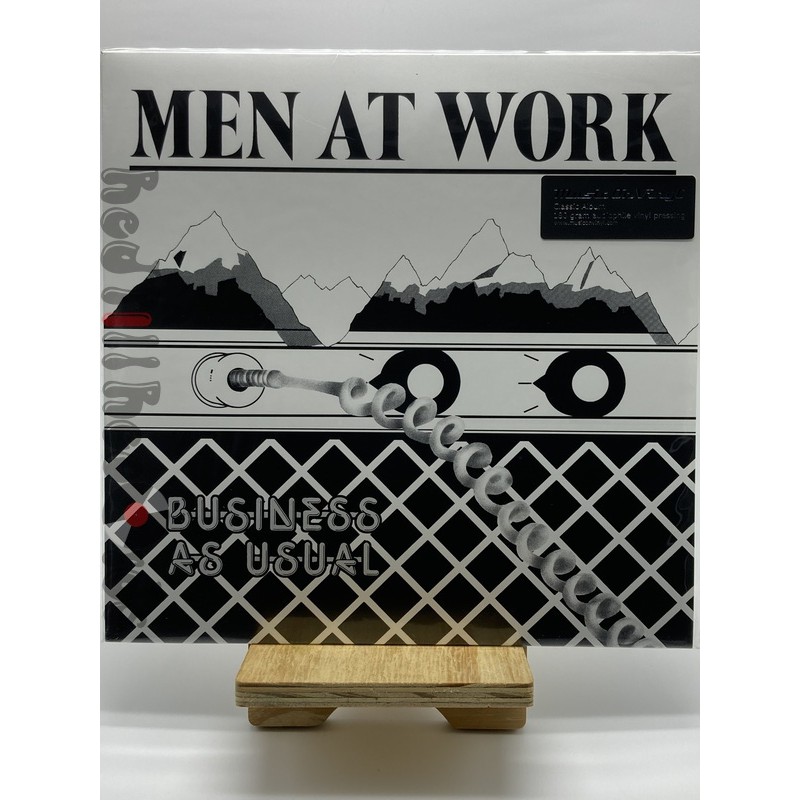 Men At Work - Business As Usual

Business as Usual is the debut album of Australian new wave band Men at Work, which was originally released in 1981 and became one of the most successful albums internationally by an Australian group. It spent an unprecedented 15 weeks at No. 1 on the US Billboard 200 from late 1982 to early 1983; and five weeks at No. 1 in the United Kingdom Albums Chart in early 1983. Business as Usual was also one of the highest selling Australian albums in the early 80s, with 6 million copies sold in the US and 15 million sold worldwide. The first single "Who Can It Be Now?" was a strong top 3 hit single, but the second single "Down Under" became a monster hit and reached the number 1 spot in several charts around the globe. The high quality re-issue by Music On Vinyl has the original black and white (Australian) jacket artwork.
Men At Work
MOVLP1452
8718469539444
2 Items