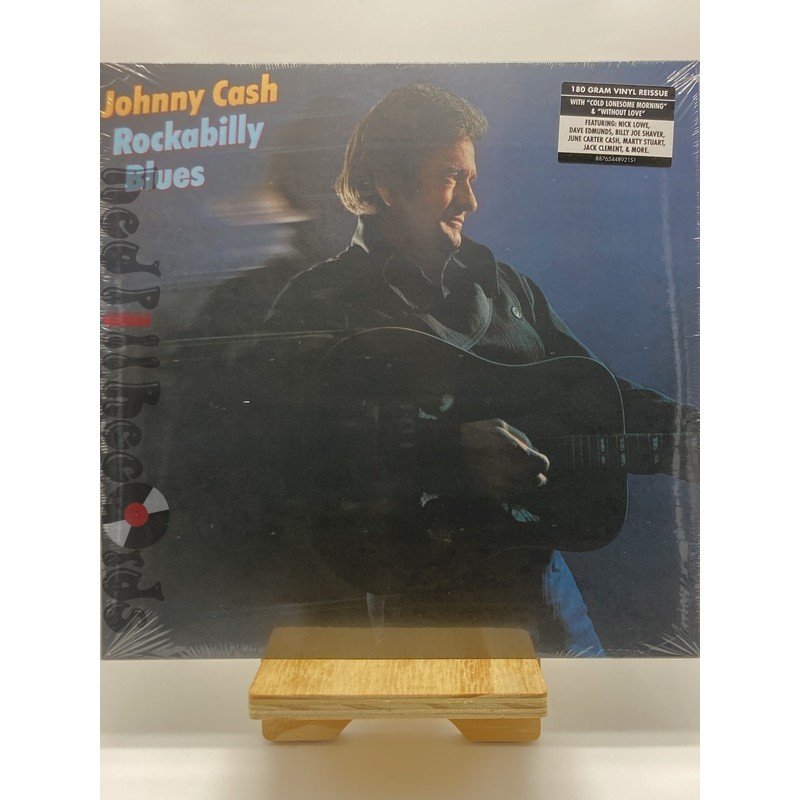 Rockabilly Blues is the 64th album by American country singer Johnny Cash, released on Columbia Records in 1980. It is a collection of songs in the rockabilly style. Highlights include "Cold Lonesome Morning," which had some minor chart success (No. 53 in the country charts), "Without Love," by his son-in-law, Nick Lowe, and a cover of the witty "The Twentieth Century is Almost Over." The first two of the aforementioned songs were the only singles from the album, though "Without Love" hardly enjoyed any chart success, peaking at No. 78. "The Twentieth Century is Almost Over" was re-recorded five years later by Cash and Waylon Jennings, Willie Nelson and Kris Kristofferson, collectively known as The Highwaymen, on their first album entitled Highwayman, though it was, in essence, a duet with Nelson.
Johnny Cash
LP-YEP-2322
634457232211
1 Item