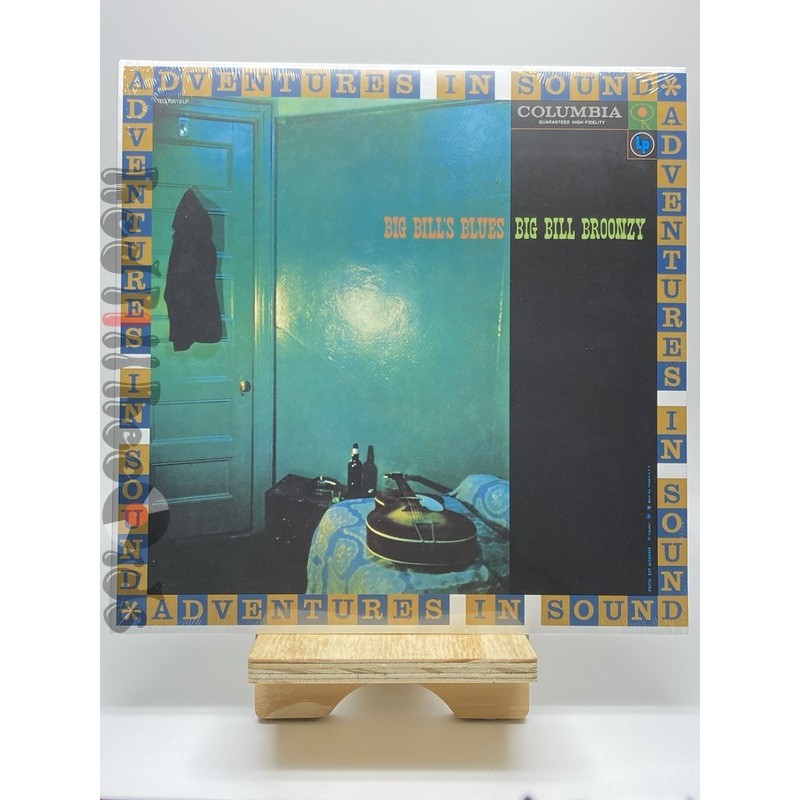 Big Bill Broonzy
William Lee Conley Broonzy, to give him his full name, was born in Scott, Mississippi, on June 26, 1983, in a tiny village near the Big River, surrounded by swamps, the ‘home’ of all kinds of animals ranging from harmless honey bears to dangerous snakes. Even as a youngster, Bill had too many jobs to mention, but in all his spare moments he turned to a fiddle made from a box. He learned some of the old songs from his uncle Jerry – who was a singer just like Bill was going to be – before he went to Chicago’s South Side in the early Twenties. His first records date from 1926. In the Thirties, Big Bill – and he certainly is big – was perhaps the most successful professional blues singer of the time. He visited Europe several times after the Second World War and toured many countries, his travels even taking him as far as Africa and Australia.
Big Bill is a natural-born musician. He never ‘learned’ music as we do, but discovered for himself how to play the guitar and how to sing. Depending on his ‘message’, his voice can be strong and powerful like a storm sweeping over the waters of his native Mississippi. There’s no mistaking the ‘holler’ with which it all began. At other times, his voice can be soft and gentle, like the wind whispering among the leaves. In turn, this magnificent voice can sing of love and hate, joy and loneliness, praise and condemnation. His guitar sings along with his voice, each an indispensable compliment to the other, a kind of indivisible entity.
Big Bill is a most amiable personality, a good friend and above all a great storyteller. One has the impression sometimes that he scarcely notices what’s going on in his immediate surroundings, only to discover later on that his mind has made an almost photographic record of all kinds of tiny, unexpected details. And he never forgets a face or a name. His spelling is almost phonetic because he never had the chance to go to school, but the words he pens seem to flow in exactly the same rhythmical manner as his conversation and singing; they have the same lyrical qualities as his blues. Big Bill is a wanderer. He loves travelling About, he loves singing and playing, he loves life. He is… well, the very epitome of a blues singer.
- from liner notes by Michael A. de Ruyter