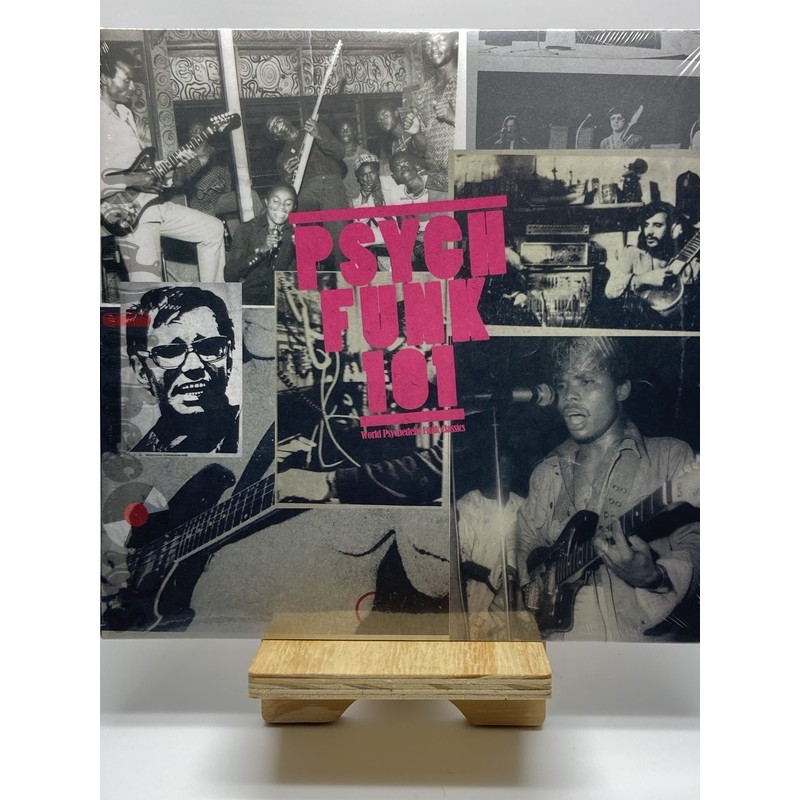 With a growing interest in -- to use a term very loosely -- "world music" and all its very permutations, heralded in part by the work of Luaka Bop and series like Ethiopiques, it makes sense that the compilation Psych-Funk 101: 1968-1975 A Global Psychedelic Funk Curriculum was sold on the Stones Throw website. Madlib and brother Oh No have both put out compilations sampling various countries' records (Indian, for the former, and Turkish, Greek, Italian, and Lebanese funk for the latter), and the underground funk scene has certainly gained a strong following in metropolises worldwide. And the compilation, put out by World Psychedelic Funk Classics, for its own part, should help inform the discussion of psychedelic funk (or, as the liner notes point out, the related but unique genre funky psychedelia), as it provides a very interesting and in-depth look at how English and American musical traditions made their way into the rest of the world. Despite its title, however, and informative liner notes, Psych-Funk 101 is not a primer in the genre, as the majority of the artists included are obscure, even in their own countries, and none of the songs have been reissued before. Still, musicians like South Korean guitarist Shin Jung Hyun ("The Man Who Must Leave") and Italian composer Armando Sciascia ("Circuito Chiuso") are both included, along with recognized artists like Ennio Morricone, Mulatu Astatke, and Omar Khorshid, doing work that may be less recognizable (Morricone, for example, as part of the Group, or Il Gruppo di Improvvisione Nuova Consonanza, the experimental composers circle of the '70s, and playing trumpet on the noise-and-effects-driven "The Feed-Back"). There are a couple of unfortunate missteps here -- Staff Carpenborg & the Electric Corona sound exactly like their name: slipshod, and the nearly two-minute introductory tack-on of Strauss' "Also Sprach Zarathustra" before Metin H Alatli's otherwise satisfying "Mevlana Boyle Dede" is completely pointless, to the point of detraction -- but the compilation is still one of the better ones out there. The tracks are funky and experimental and cool enough to appeal to a music fan looking for new sounds, but obscure enough to teach even a seasoned crate-digger a couple of things. ~ Marisa Brown
Various Artists
WPFC101-LP
933654010111
2 Items