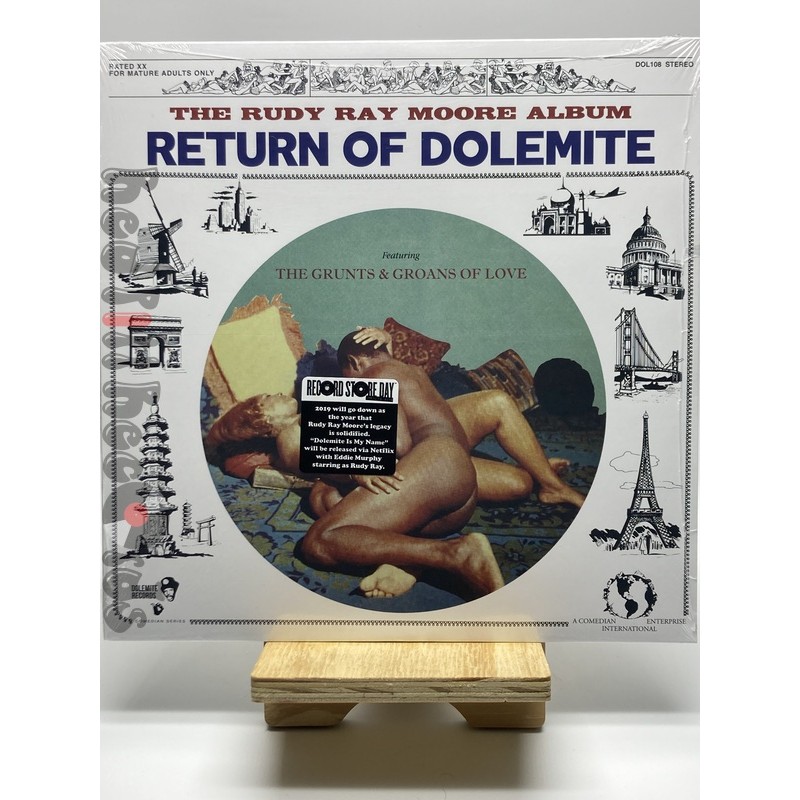 If Redd Foxx was the king of the party record during the 50s and 60s, then certainly Rudy Ray Moore upped the ante during the 70s with a succession of triple-X-rated platters that were so hot most stores could only sell them under the counter, even during the height of the sexual revolution. His best routines, usually spoken in rhyme, presaged the Rap revolution in music by years, while his acting roles, which include starring in "Dolemite", its sequel The Human Tornado and "Petey Wheatstraw", remain as some of the greatest blaxploitation movies of all time. Among his comedy releases were "Eat Out More Often", "The Player - The Hustler", and now finally available for the first time on CD, "Return of Dolemite." Rudy Ray Moore, the world's first comedian to take a bold approach at comedy using the many expressions of the ghetto in great monologues, thus making these expressions a form of art, sadly died of complications from diabetes on October 19, 2008. He will surely be missed...
Rudy Ray Moore
DOL108-LP
829357010810
1 Item