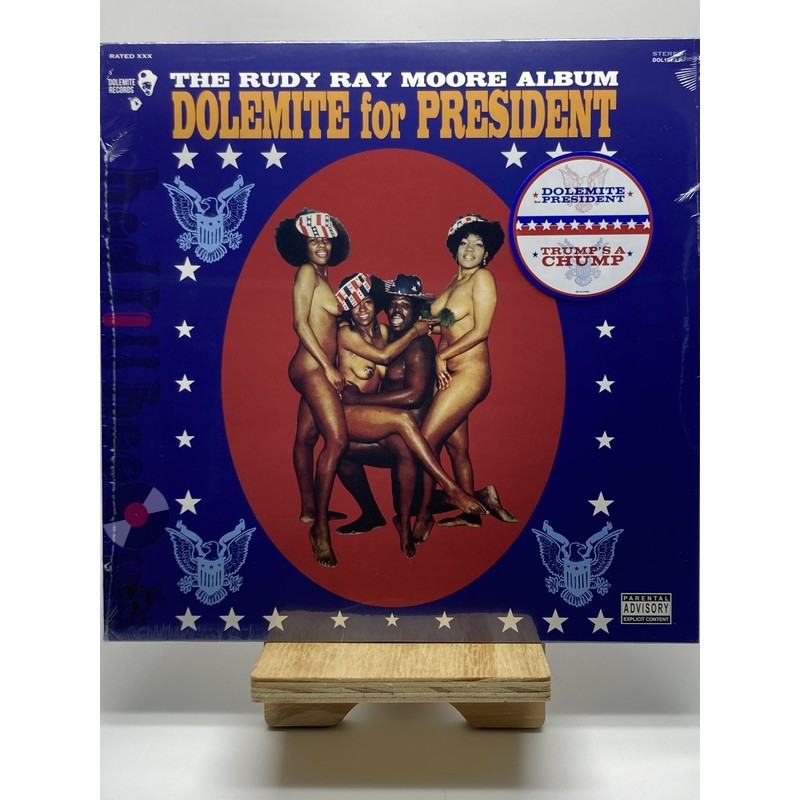 In 1972, while Richard Nixon and George McGovern were struggling to win the hearts and minds of the American people in the race for the Presidency, another candidate threw his hat into the ring -- Dolemite, the alter ego of underground comedian Rudy Ray Moore, who had become a top draw at urban nightspots with his raw and funky rhyming comedy routines. On 1972's Dolemite 4 President, much of the material concerns Moore running for the highest office in the land, letting his fans know what they could expect if he found himself in the White House -- "You can bet your sweet ass I'm gonna legalize grass! Yes, I'll have a constitution to legalize prostitution!" "Where do I stand on free love? I don't stand on it, I lay on it, baby!" "What would I do about unemployment? I would open up stealin', f--k a job!" The "Dolemite 4 President" routine is far and away the longest bit on the album (and includes a number of less-than-charitable comments about other politicians on the campaign trail in 1972), while the rest of the LP is dominated by the sort of classic jailhouse "toasts" that had been the cornerstone of Moore's act for years, including a suitably raunchy version of the poem "Stack-A-Lee" (which later evolved into the song "Stagger Lee") and some shorter but equally streetwise bits involving sex and life in the ghetto. The musical backings that accompany many of the bits on this album often sound like an afterthought and the recording and mix is primitive, but none of that matters quite as much as Moore's full-bodied comic rudeness, which is on prime display here three years before he made the jump to the big screen with the movie Dolemite.
Rudy Ray Moore
DOL101-LP
829357010117
1 Item