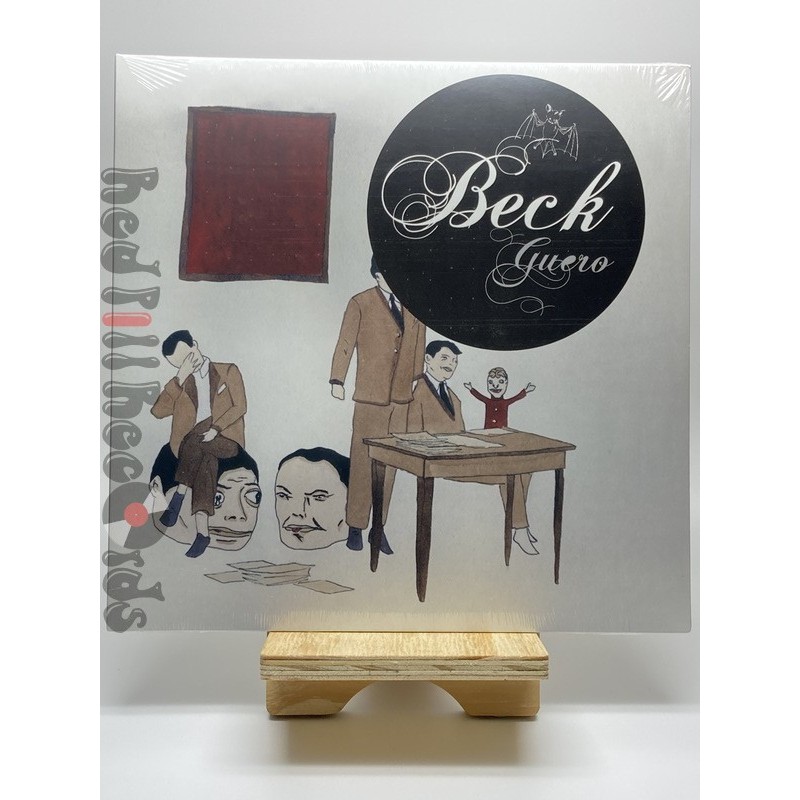 Beck kept fans and critics guessing about how he’d follow up ‘Sea Change’, and in 2005 released the genre mashing ‘Guero’ which shot to No.2 on the Billboard Top 200 – his highest charting album to date. Beck’s eighth album saw him reuniting with the Dust Brothers with an assist from producer Tony Hoffer (Midnite Vultures), for a tour de force of Latin rhythms, rhymes, guitars, beats, samples, 8-bit electronics, turntables and vocoder for a fun and freewheeling ride through rock, hip-hop, bossa nova, country, blues and soul.

The album opener and lead single, ‘E-Pro’ went to No. 1 on the Billboard Modern Rock Chart, while ‘Girl’, ‘Hell Yes’, ‘Go It Alone’ (featuring Jack White on bass) and more became instant fan favourites. The album was a hit with critics as well with New York magazine enthusing, “Beck integrates his personae into a fairly seamless whole, and his knack for synthesizing disparate musical elements (hip-hop, robot funk, blues, country, jazz, garage rock, etc.) extends beyond samples and individual tracks. The songs migrate smoothly from one to the next; there aren’t any throwaway numbers to sabotage the album’s momentum; the whole thing coheres,” while Rolling Stone dubbed it “his liveliest and jumpiest music in years.”