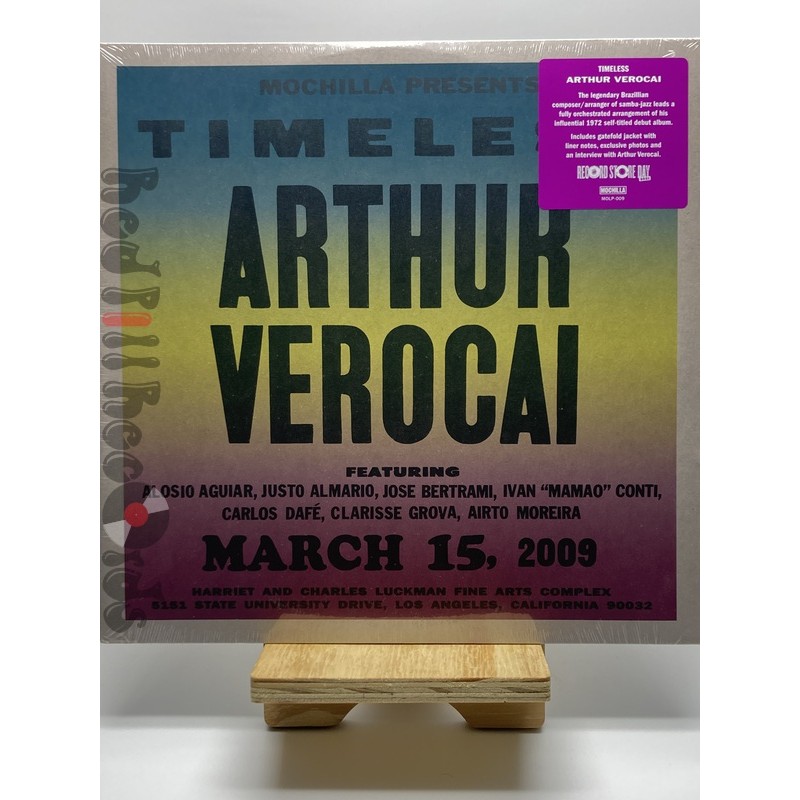 In 1972 Verocai recorded a self-titled solo LP. Following its re-issue in 2003 the album has become a highly influential sampled classic. The performance of this seminal 1972 record in its entirety brought the capacity Luckmann crowd to a stand still. His delight at the opportunity to play this music 37 years later can be seen on the DVD. The music has been mixed by Verocai himself in Rio. History turned on its head and musical justice served. This special edition 2xLP honors Verocai and his music.
Arthur Verocai
MOLP2109-LP
706091201509
1 Item