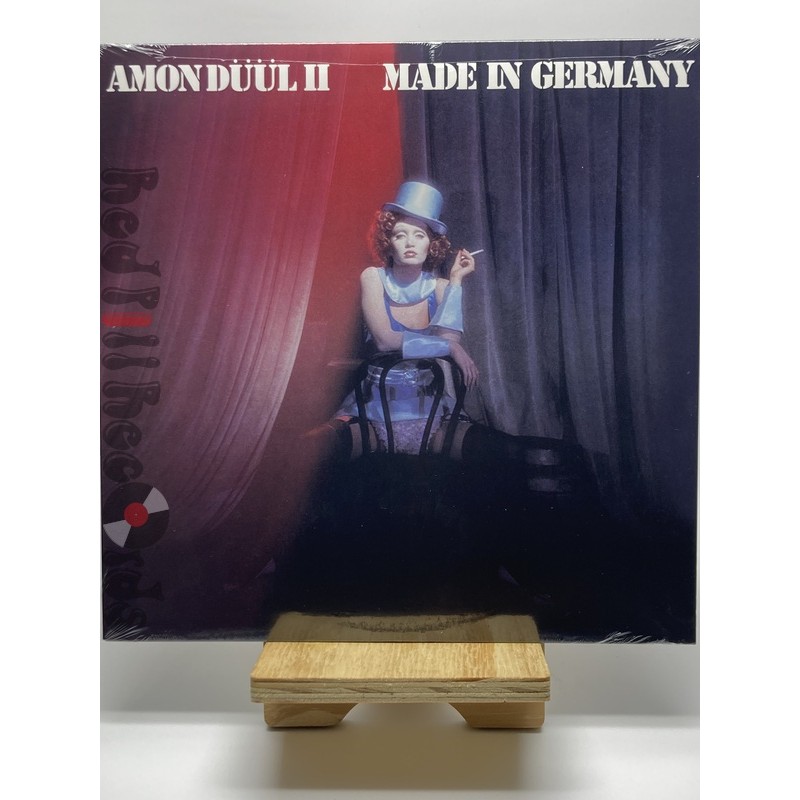 Amon Duul II - Made In Germany

When Amon Duul II first hit the German music scene of the 1970s, they weren't even the first band to be named Amon Duul. The Munich-based Krautrock band had their origins in the West German commune scene, where the founding members thrived at an art commune bearing the same name. (An establishment for musicians and performers, encouraged to play and collaborate, regardless of experience or ability.) The members of the Amon Duul commune were eventually offered the opportunity to record, at which point the collective split, with the more talented and proficient members going on to form Amon Duul II. (The other band, simply called Amon Duul, would not reach major success.) Throughout their tenure as a band, Amon Duul II performed non-stop, bringing their distinct blend of spacious psychedelia to, according to guitarist John Weinzierl: "...every hall with a power socket and an audience." Amon Duul II released over 15 studio albums during their career, including such celebrated landmarks of Krautrock as 1969's Phallus Dei, and 1971's Tanz Der Lemminge. Their 1975 studio release Made In Germany is a similar pinnacle of the genre, though frequently overlooked among their discography. By this time in their career, Amon Duul II had begun to drift away from the psychedelia that inspired their early records, and towards more slickly-produced progressive art rock, with a polished ABBA-like sheen. Fans were unsure how to react to Amon Duul II's new sounds, but critics embraced it whole-heartedly, singling out Made In Germany as one of their best, from the expansive space rock of "La Krautoma", to the Cabaret-like pomp of "Wilhelm, Wilhelm", to the foot-stomping Zeppelin-aping "The Emigrant Song."
Amon Duul II
ETH36119-LP
706091812316
2 Items