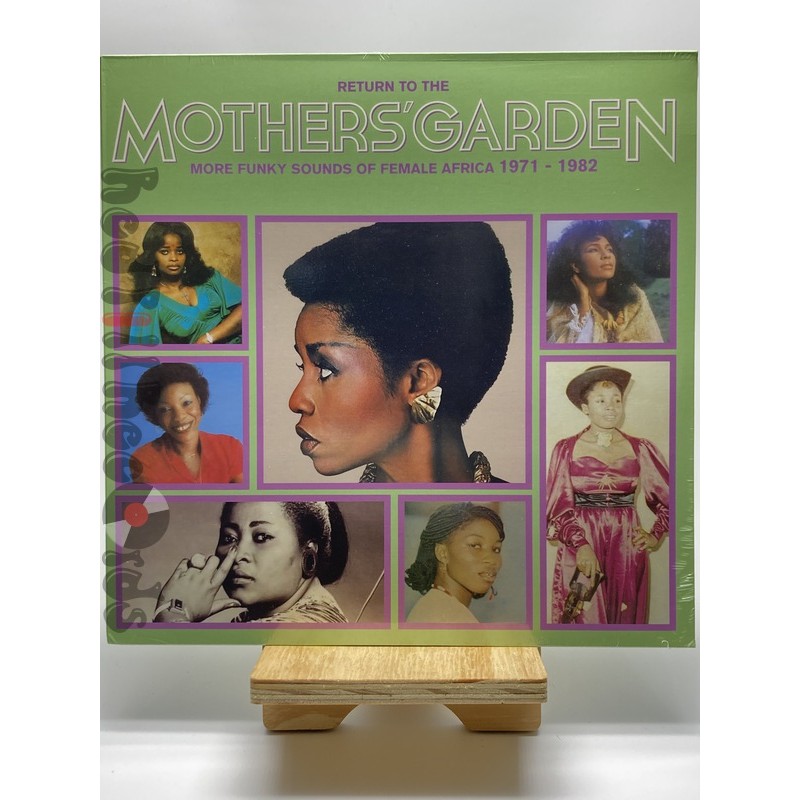 "For you will find, as women have found through the ages, that changing the world requires a lot of free time. Requires a lot of mobility. Requires money, and, as Virginia Woolf put it so well, 'a room of one's own,' preferably one with a key and a lock. Which means that women must be prepared to think for themselves, which means, undoubtedly, trouble with boyfriends, lovers, and husbands, which means all kinds of heartache and misery, and times when you will wonder if independence, freedom of thought, or your own work is worth it all. We must believe that it is. For the world is not good enough; we must make it better." (cite. Alice Walker: In Search Of Our Mother's Garden, 1983) In 2018 we introduced our first Mothers' Garden compilation on International Womens' Day. This compilation looked to shine a light on the often under-acknowledged musical contribution from female African artists. In 2019 we are back with Volume 2 presenting yet again some of Africa's most recognised female artists alongside some lesser known artists. Whilst the roster might have changed slightly, the quality of music is as funky as before and the message stays the same. First up is the wonderful Theodora Ifudu. Another Nigerian star who made it both in music and TV, Theodora produced two studio albums with all the glitz and glamour you would expect from a New York film school graduate. "This Time Around" is the title track from her 1983 album and provides a dose of irresistible disco vocals over the top an effortless groove. Next up is fellow Nigerian Oby Onyioha with her offering "Enjoy Your Life". This laidback disco number sees Oby repeat her infectious mantra, "Enjoy Your Life" with a backing provided by well-arranged strings and horns. Nana Love comes steaming in next with her fast-paced number "Talking About Music". Love is an accomplished singer, songwriter and bandleader and was produced by her husband Reindorf Oppong. The lesser known Joy Nwosu follows with an afrobeat number from the Afrodisia records vault. Finishing the A-side is none other than Mother Africa, Miriam Makeba. Whilst on the first Mothers' Garden we showcased her song "Xica Da Silva", this time round we present one her most well known numbers "Malaika". On the flip, the delightful Ivorian singer Nayanka Bell steps up with her 1981 song "Just A Boogie", which as the name suggests is nearly 4 minutes of pure boogie goodness. Another female-Afro legend next with Christy Essien and her second outing on Mothers' Garden. "Nobody Can Stop You" is off her 1980 album, "Give Me A Chance". Nigeria's "Lady Of Songs" always sought to fight for the women of Africa and especially artists. Her songs such as this one sought to deliver strength and help build a more tolerant and peaceful Nigeria. Another Ivorian follows the might Christy with a fast paced, synth infused throwdown "N'Ziketio". Next is Cameroonian makossa singer, Bebe Manga presenting her 1980 "Lokognolo" which demonstrates why she is considered one of the most popular makossa singers of the 1980s. Finishing of Mothers' Garden 2 is the little known Togolese singer Sissi Massila. This deep and haunting song draws the record to a close with an air of reflection amidst a beautiful lingering melancholy.
Various Artists
ASVN044
5055373546636
1 Item