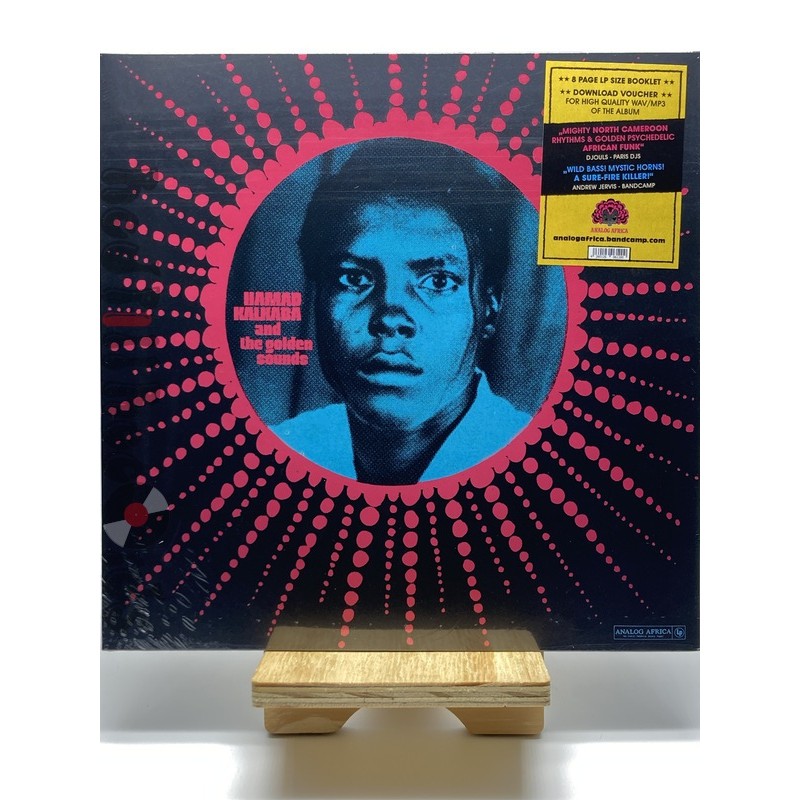 I remember the day clearly. I was searching for treasures in a record shop in Yaoundé, the Capital city of Cameroon, when suddenly I came across a 7-inch record with a picture of a young man wearing a traditional hat and bearing the marks of several imposing vertical scars on the side of his face, carved when he was just a boy as a reminder of his heritage in the Musgum tribe of the northern part of the country. The record contained two songs – ‘Gandjal Kessoum’ and ‘Touflé’ – by an artist I had never heard of before named Hamad Kalkaba. Both cuts were raw classics of fuzzed-out bass, pin-sharp horns, built upon the unshakable foundation of Northern Cameroon’s mightiest rhythm: the Gandjal. The shop owner - who noticed that I was listening to the same record over and over again - mentioned that ‘There is another single with a green cover of the same artist’. Over the next six years I searched for that ‘green cover’ and finally found it in a record collection belonging to an old bar in Parakou in northern Benin. While most of the records had been beaten and worn by a life spent in the jukebox, this one had been sitting in its paper sleeve for forty years, untouched and unplayed, seemingly waiting for us to pick it up and rip the two soulful Gandjal tunes from it, the masterpieces ‘Fouh Sei Allah’ and ‘Tchakoulaté’. These two records, plus a third simply named ‘Nord Cameroon Rythms’ constitute the entire discography of Hamad Kalkaba. Neglected for decades by all but the most devoted collectors of Afro music, Hamad Kalkaba and the Golden Sounds at long last gathers together the body of work of one of Cameroon’s forgotten geniuses. But unlike many musicians who emerged from nowhere, recorded a few singles and vanished again, Kalkaba hadn’t disappeared. Far from it. He was a distinguished public figure, a retired Colonel in the army of Cameroon, and a former member of Cameroon’s Olympic Selection Committee. When we tracked him down he was serving as president of the Confederation of African Athletics. And Although Kalkaba’s job kept him busy, and he seemed initially dismissive of the music he’d made as a young man, he turned out to be an enthusiastic ally in this project. He arranged interviews, helped fill in the blanks and, when we finally met him in Yaoundé in 2016, provided us with photographs, lyric sheets and notes. During the interview Kalkaba explained how the songs recorded in the mid 1970s were part of a movement, a movement initiated by musicians from all around Cameroon who, with the help of keyboards, drum kits and electric guitars, had started to modernise the traditional rhythms of their regions. For Kalkaba it was no different and backed by his band the Golden Sounds, devoted himself to the promotion of the sounds of northern Cameroon. One of the aims of Analog Africa is to showcase the colourful diversity of styles that exist in Africa and its diaspora and today we are very proud to be able to give these Gandjal tunes their first worldwide release.
Hamad Kalkaba
AALP084
4260126061200
1 Item