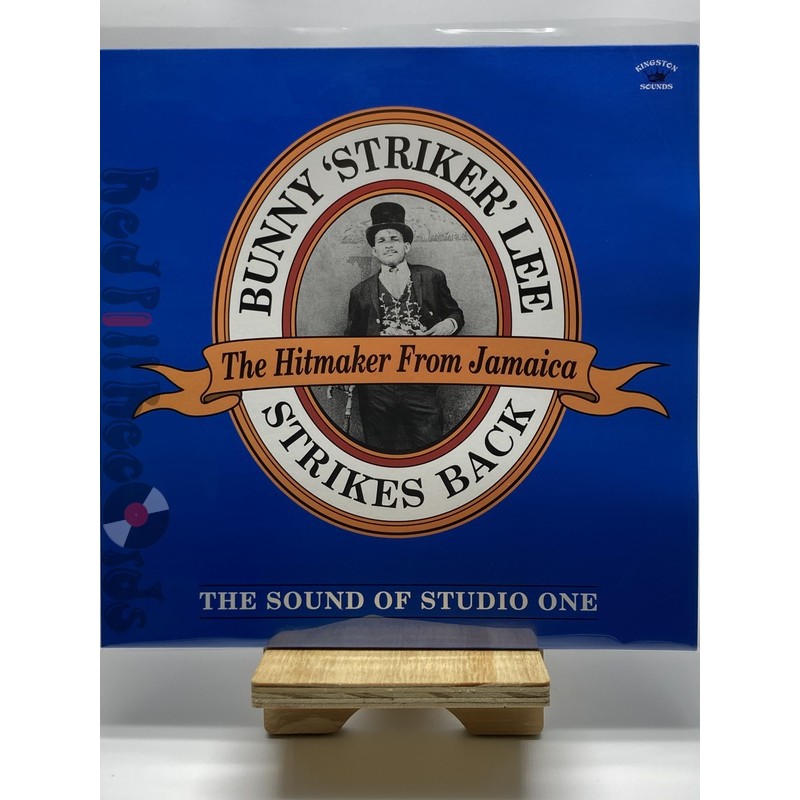 Bunny 'Striker' Lee - Strikes Back - The Sound Of Studio One

The sound of Studio One can be identified by the great singers that it cultivated along the many great songs that these singers released. But as Studio One's dominance was slowly pulled away by the up-and-coming new breed of producers, many of the artists would inevitably end up working for these new camps, and so the songs and singers found a new audience. The reggae sound of the Studio One would make a great combination and the man to pull this was together Bunny Lee. The 1960s in Jamaica was run by two main factions: Coxsone's Studio One and Duke Reid's Treasure Isle. These two leading protagonists saw what some of the other great soundsystem men like "Tom The Great Sebastian" had not taken onboard, that when the tunes they imported began to dry up from the USA, their future lied in producing music, tunes that suited the musical styles that the people of Jamaica still enjoyed. By the late 1960s, this supremacy was being challenged by the up-and-coming new producers on the scene, Lee Perry being one, and the other being "Ghost of the Studios" himself, Bunny Lee. Bunny "Striker" Lee may have inherited the moniker "Striker" from his liking of a particular TV show called The Hitch-Hiker, but it would soon stand also for the considerable hits he would obtain as he was declared producer of the year in Jamaica in 1969, 1970, 1971, and 1972. For this release, Kingston Sounds have compiled many of the great hits that Bunny Lee recorded with the singers that had originally cut at the famed Studio One. Bunny Lee's sprinkling of magic over some classic tunes... The sound of Studio One backed up this time Bunny "Striker" Lee's set of star musicians, The Aggravators. Proving you can't keep a good tune down, or a great producer pushing forward... Bunny Lee strikes back... Features: Dennis Brown, John Holt, Alton Ellis, Jackie Edwards, Delroy Wilson, Ken Boothe, Horace Andy, John Holt & The Paragons, Dave Baker, Pat Kelly, Cornell Campbell and The Eternals, and Johnny Clarke. CD version includes four bonus tracks featuring: Lord Tanamo, Cornell Campbell and The Eternals, Hortense Ellis, and Cornell Campbell.
Bunny 'Striker' Lee
KSLP068
5060135762384
1 Item