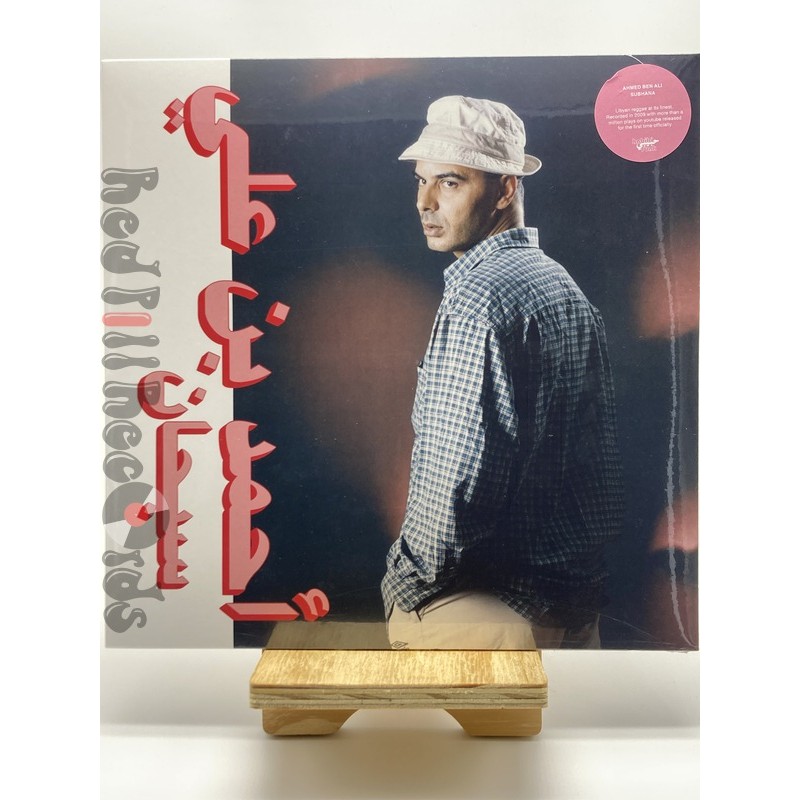 "Reggae music from Libya, recorded in 2008. Released for the first time officially after collecting millions of plays on youtube“ Ahmed Ben Ali was born in 1971 in Benghazi. He went to boarding to school in Canada for 8 years, and returned to Libya. For a couple of years he also worked in the UK. Music was never his main job but his “main hobby” as Ahmed says. Hhe recorded maybe 40 tracks and released two more albums. He also started playing gigs in Libya with his own band. In 2008 a friend of his decided to set up a youtube account for him by starting with two uploaded tracks. The account remained untouched since 11 years. At some points two of the tracks from this account started gaining traction. “Sibhana”, the infectious Libyan reggae, which you can also hear on this release and “Damek Majeb”, the second track on this 12 inch which is leaning more towards a clubby Arabic pop feel. Ahmed Ben Ali works as a technical engineer and records music in his own home studio. There he operates as his own sound technician and his own producer recording the music plus writing the lyrics. A one man musical army. Contextualizing his own style Ben Ali pointed out that “The Libyan folkloric rhythm is very similar to the reggae rhythm. So if Libyan people listen to reggae it’s easy for them to relate because it sounds familiar. This is the main reason why reggae became so popular here. We played the reggae Libyan style, it’s not the same as in Jamaica. We added our oriental notes to it and if you mix both it becomes something great.” With a bit of laughter he added: “And to me it’s still original reggae, it’s Libyan style, not some bullshit.”The revolution and overthrow of the Gaddafi regime certainly affected the musical scene. Ahmed Ben Ali said the events didn’t really change his music or the approach he had to it but it also didn’t change the Libyan’s people affection for their own version of reggae music. What changed in the aftermath of the revolution was the influx of islamic fundamentalists, political instability and security issues which made the life of Libyans generally complicated but even more so for musicians as they were one of the prime targets for the islamists. On top the security situation minimized concert opportunities, which previously existed. For Ahmed Ben Ali it meant putting more focus on his day job again yet another big musical opportunity was going to arise for him. The vinyl version comes with a four page booklet and a DLL code
Ahmed Ben Ali
HABIBI012
673790035134
1 Item