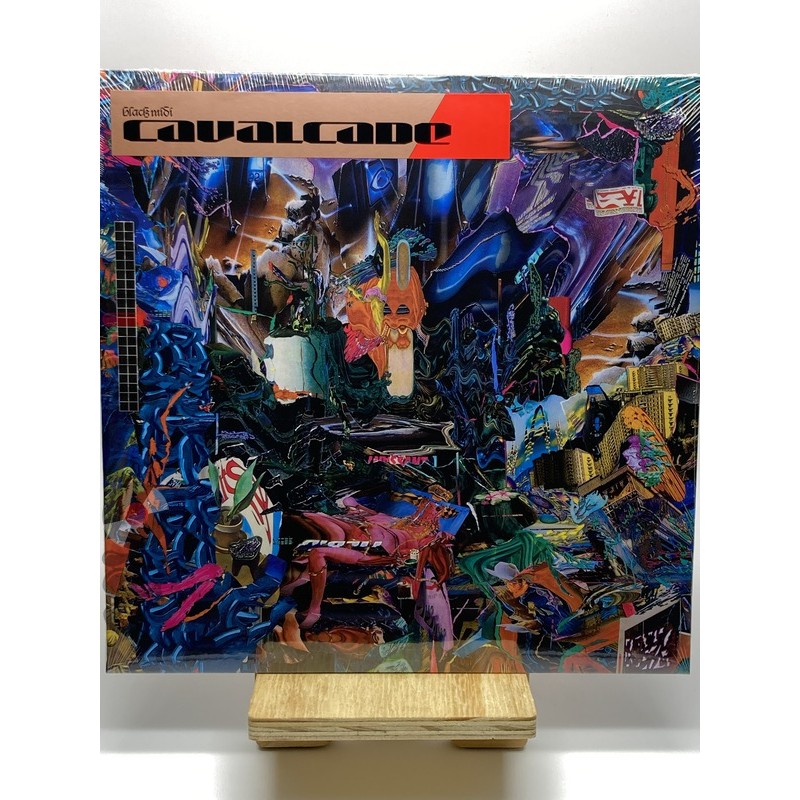 If the throbbing hellscape of 2021 is supposedly causing many young bands to whimper in existential fear and lick their numerous wounds, no one passed this bleak memo on to black midi. No second album syndrome and no slump for Britain’s most exciting and challenging young rock band, no matter what obstacles have been strewn in their path. The follow up to 'Schlagenheim' is a dynamic, hellacious, inventive success. 'Cavalcade', their 2nd studio album for Rough Trade, scales beautiful new heights, reaching ever upwards from an already lofty base of early achievements. The meaning of the word cavalcade is a procession of people, such as a royal parade, and black midi picture their new album as a line of larger than life figures – from a cult leader fallen on hard times and an ancient corpse found in a diamond mine to legendary cabaret singer Marlene Dietrich – strolling seductively past them. The album art – again, another intricate collage created by David Rudnick – brings this idea colourfully to life, drawing the listener inexorably into this mysterious world, reinforcing the idea that Cavalcade is a glorious collection of stories just waiting to be dived into. Geordie Greep, the band’s mercurial guitarist and primary singer explains the fundamentals of Cavalcade: “A big thing on this album is the emphasis on third person stories, and theatrical ones at that.” Cameron Picton, the inventive bassist and occasional singer agrees: “When you’re listening to the album you can almost imagine all the characters form a sort of cavalcade. Each tells their story one by one and as each track ends they overtake you, replaced by the next in line.” Spend some time with Cavalcade and you’ll acknowledge black midi are back with the biggest of bangs. Save your sympathy for a band who needs it.
black midi
RT0212LP
0191402021219
1 Item