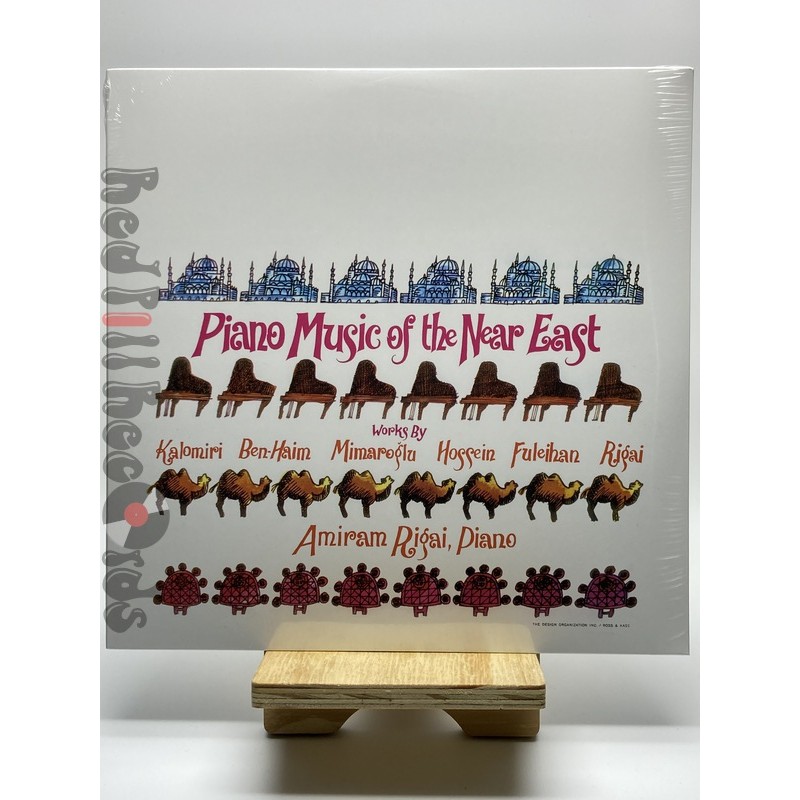 Various Artists - Piano Music of the Near East

"In the countries of the Near East, as in any other country where occidental culture is adoptive, musical composition modelled after its occidental counterpart came into being out of an intellectual necessity: that of needing a substitute for a traditional music which, under the dictate of its very essence, resisted evolution and was consequently in decay. It was logical, as far as both the ideals and the basic methods of this process of substitution were concerned, that the fashioning be done after the examples of the national schools of the late 19th century Europe. The resulting stream of the westernized near eastern music was therefore romantic (or post-romantic, or impressionist) in its overall gesture. Regardless of the composition date of each individual opus, all of the works recorded here fall into this category: music inspired by national traditions (musical, or other), displaying at least that intangible called "national character" whenever a national element is not evident, but employing a language and a medium belonging to western music… - Liner Notes
Various Artists
OI018
1 Item