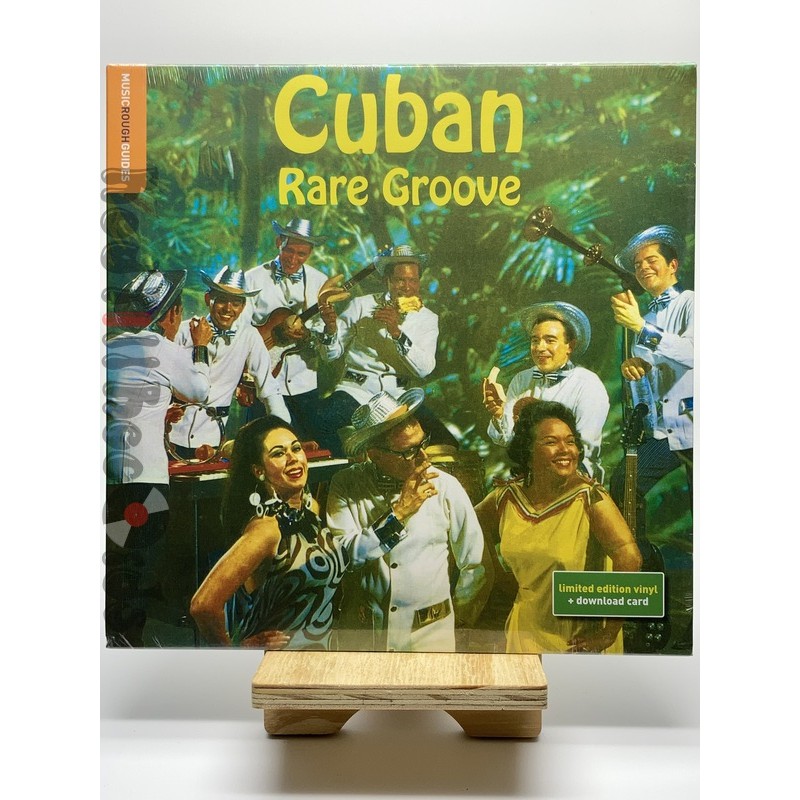 Quite a few compilations have mined the rich reserves of 1960s and 1970s post-revolution music from Cuba, with several concentrating on the areas of funk, jazz, disco and rare groove in general. Others have dug deep into the vaults in Miami, where a young generation of children of Cuban exiles created an exciting stew of rock, funk and Cuban styles. This collection aims to be different and digs deeper, serving as a rough guide to Cuban-flavored rarities made outside of the island in the post-Castro diaspora, by a mix of Cuban and non-Cuban musicians from yesteryear and today. In keeping with the rare groove label, most have not appeared before on other Cuban-themed compilations. The Grammy-winning Chirino has made a name for himself performing a mix of pop and salsa since the 1970s (sometimes with a political slant), but in the late 1960s he got his start in Gutiérrez's orchestra playing conga in New York. A few numbers from this period are considered deep Latin funk 'Holy Grail' cuts and several are featured here, like Oréfiche's jazzy electric-sax led interpretation of Eddie Palmieri's 'Azúcar' (with vocals by Chirino and Manteca), 'Africa' from Chirino's second LP released in 1975, and the instrumental 'Love Van' (from the 1977 movie soundtrack Quien Salvo La Ciudad?). This collection also showcases the talents of the Cuban-born 'La India Del Oriente' (Luisa María Hernández), Pantaleón Pérez Prado and the scat-singing Francisco Fellove. Though La India is known for her authentic interpretations of traditional tunes, she performs a food-themed Latin soul number here with the organ-playing Julio Gutiérrez, demonstrating the links between African-American funk and classic Cuban. In a rare appearance on Discos Fuentes recorded during a tour of Colombia in 1981, Cuban resident percussionist Tata G&;uumlines and his all-star band (featuring Cuban Bobby Carcasés and Colombian Lucho Argaín on vocals) recorded a maxi-single - one side modern, the other traditional and both featured here. For a bit of continuity with the rare groove dance floor aesthetic, from today we have 'Cosquillita' ('Little Tickle'), an unreleased Cuban funk track (as of this writing) from the Spam Allstars, featuring Cuban expats Tomás Díaz and Mercedes Abal. In addition, Carlos Díaz (of Vocal Sampling fame) joins Spam Allstars' leader Andrew Yeomanson in an unreleased project, Los Gatos Lecheros. We finish off with the Florida-based PALO! (consisting of Cuban expatriate and American musicians) and the U.S.-born Cuban-American singer-songwriter and guitarist Jose Conde, both fusing upbeat African-American forms with tasty Cuban essences.
Various Artists
RGLP1348
1 Item